Ecommerce - From ER to first sale 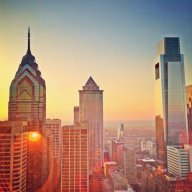 I've been posting on those forums since last year, but I stopped a few months ago.. I got really busy with a bunch of things but I'm back! I also started working on my business idea last year.

I don’t wanna get into too much details about my product and my industry for the moment, but :
- It is a specific niche of a very competitive industry
- I found that the competition wasn’t that high in this specific niche for the moment, and there were a lot of improvement that could be made. Only great products I found were sold in North America or Australia ( I’m based in Europe )

Here’s a timeline of what happened since last year :

Summer 2017 : I had a my idea in mind, I started doing research and work on a prototype.
Fall 2017 : Website and prototype were ready, I started asking manufacturers for quotes.
Winter 2018 : Did all the annoying paperwork to officially start a business. Found a manufacturer, received my first inventory!
March 2018 : Launch my product.
March 2018 : Business had to shut down two weeks after.
April 2018 : Had some health problems, went to ER twice, I am still recovering. I could barely work on anything for a few weeks, now it takes a lot of effort but I'm able to get shit done.
Mai 2018 : Launched that product for the second time! Both on my website and on Amazon. Sent some inventory to Amazon FBA.
June 2018 : I made my first sale! The price were 60% of what I’d like to charge for the product. I increased the price to 80% of the final price, and made a few more sales after that. The "problem" is that those sales came from Amazon. No sales on my website and not much traffic yet but I’m trying to grow my social media. Also I ordered inventory for my second product ( I’d say it is a complementary product ) that I should receive by the end of the month.

Now here are the challenges I see for the upcoming months :

- Selling my product at full price on Amazon and getting a few reviews ( I have none at this time )
- Launching the second product
- Most important long term goal : Growing my social media and increasing traffic to my website. I am satisfied of Amazon FBA but I wanna be in control of my business and be able to have a better relationship with my customers.

- Starting a business was easier that I thought
- I expected that making the business successful was going to be hard. It is.
- It feels good making money while I’m sleeping.
- I could have done it faster, maybe fear was holding me back.

Thank you for reading, let me know if you have any advice! For those who sell both on Amazon and on their own website, how do you drive customers from Amazon to your website ?
Don't like ads? Remove them while supporting the forum: Subscribe to Fastlane Insiders.

Hi Fastlane forums, it's been a while.

Good things happened in the last few weeks, but nothing spectacular. It looks like things are going in the right direction :

- I launched my second product, which is different from the first and I'd say has less potential, but it fits my strategy and my business "mission statement".

- I launched another product, private label this time. It cost me only $200 for a few dozen units so I am not taking a huge risk, but my customers might be interested in buying this in addition to the other products.

- I still have close to zero traffic on my website. I'll experiment a bit more with facebook ads in the upcoming weeks. I don't wanna have an "Amazon business" but a real business. Getting more traffic and sales is my #1 goal for the upcoming weeks.

- I am working on a "second version" of my first product, with slightly different features. I think having both versions for sale can help me reach different customers with differents needs, kinda like Coke and Coke Zero.