Demographics blew me away

Say "NO" to mediocre living rife with jobs, ascetic frugality, and suffocating savings rituals— learn how to build a Fastlane business that pays both freedom and lifestyle affluence. Join more than 70,000 entrepreneurs who are making it happen.
Join for FREE Today
Get the books
Remove ads? Join Fastlane INSIDERS
(Registration removes this block)
Sort By Best Posts
S

I've been thinking for a while about the changing demographics in the US and then was sitting at a meeting yesterday when some demographic numbers were mentioned.

I've been thinking a lot about my aging mother who lives in another state that I'll definitely need to take care of because she's not in great health, nor does she have any money. But at this point I don't have the financial means to do so. I hope to in the future, but again, there must be many people who will have to take care of their parents and not have the means.

It seems to me there are a lot of people in this same situation throughout the US (and probably the world) and we have a problem. I'm now thinking about how to solve that problem and fill that need.

I know there are elder care facilities and companies that assist the elderly, but I'm thinking many people would love something that is a hybrid between full 24 hour care of your parent and letting them live 100% independently. Now if I could just figure out what that is and price it affordably for the masses...


PS. The other demographic that was interesting was that Gen Y is actually 5M more people than in the Baby Boomers generation. That means those two groups will make up over 75% of the population in the coming years. Talk about a market!
Don't like ads? Remove them while supporting the forum: Subscribe to Fastlane Insiders.
Faith is taking the first step even when you don't see the whole staircase.
-Martin Luther King, Jr 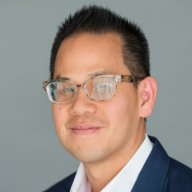 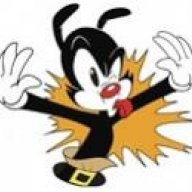 What about the increasing number of childless couples? Nobody to watch over them in their old age and all that money in savings from not having to raise any kids...
E

It sounds like you're thinking of assisted living facilities or part time home care.

Most of the assisted living facilities that I have seen are somewhere between an apartment building and a nursing home, where there is a small nursing staff based in the lobby that helps with medications and can be called to assist, but the residents live in an apartment setting.

i don't know if something liek this exists, but I haven't seen anything like it in my area. so, I wonder if there would be a call for an Adult community, something like a mobile home park where residents can own their own house, live on their own, and have the lawn mowed by the property owner. But add an "assistance center" based in the adult community that is staffed to help the residents if they call or press a medic alert type device.

This kind of setup might even appeal to the childless couples that Milenko brought up. I believe that may be a bigger demographic than a lot of people think.
Don't like ads? Remove them while supporting the forum: Subscribe to Fastlane Insiders. 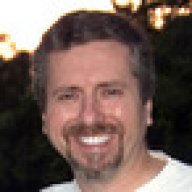 I know someone that does leadgen in this arena for these type of facilities. However he's struggled the last year or so, don't know the details but might be worth a look.
I hope my post or replies are helpful. Thanks in advance for Thanks and + Speed Reps!
S

There's quite a demand where I am for respite care. Slightly different from what you are thinking of but basically for children who care for elderly parents at home with them need a break.