Any inspired by the movie Joe Dirt?

Say "NO" to mediocre living rife with jobs, ascetic frugality, and suffocating savings rituals— learn how to build a Fastlane business that pays both freedom and lifestyle affluence. Join more than 70,000 entrepreneurs who are making it happen.
Join for FREE Today
Get the books
Remove ads? Join Fastlane INSIDERS
(Registration removes this block)
Topics relating to managing people and relationships
Sort By Best Posts 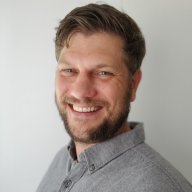 I'm the father of three young boys. Primary custodian. Their mother doesn't offer much in the way of benefiting their existence.

My wife has taken on these three nuts and me, and my crazy ex.

We're trying to have our own kid, while suing for more custody to prevent further neglect, abuse and general B.S. affecting the three we're raising. All of the heart ache, stress and work my wife takes on to raise three kids that aren't hers... she never wanted kids of her own until she saw who she was in raising these three. And as fate would have it we can't yet make it happen. She's a true champion for humanity, and I'm in awe of her every day.

My wife wants stability and is concerned with how one of my big ideas might compromise our path to success. She and I have come up with some good ideas, but we've only taken them so far. With trying to have a baby, raising kids, we've got a pending court case against the ex and a couple of middle class jobs on our plate. We have plenty of excuses to not pursue the Fastlane with reckless abandon.

But you can fail 99 times if you succeed once... it's just surviving the first 99 that really counts right now.

The movie Joe Dirt has always rung true with me. I aspire to have such grit. I will succeed. My kids will never know the struggles I went through first hand. And hopefully, we'll be able to give to every broken animal my wife cries over on Facebook, and my kids will go to college without enduring the years of servitude that follows... and I'll know a peace that I've only read about.

Joe Dirt is a fun movie. Grit is a life necessity.

Best of luck to you all.

Good luck to Nate. I am sure your kids are very proud of their dad.
And thanks for the movie recommendation, will check it out.

Honestly, I wasn't inspired by this movie, but I watched it several years ago. Of course, this underdog comedy and its title character have considerable charm, but I considered it to be a teen comedy. Since I found a list of good Kodi repositories on this site, I guess I'll rewatch it and see whether my opinion on it will change.
Last edited: Jul 7, 2022 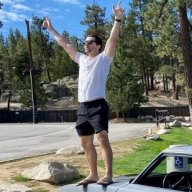 No man, you gotta keep going. What am I gonna do, quit? That's not an option. You gotta keep on keepin on. Life's a garden, dig it and you make it work for you. You never give up man, that's my philosophy.
Don't like ads? Remove them while supporting the forum: Subscribe to Fastlane Insiders. 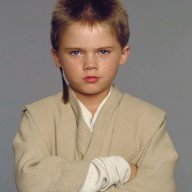 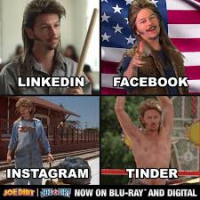