A little ego is good for you 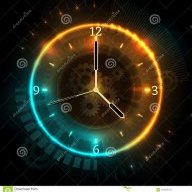 Back when I was a college student/recent grad, I didn't really care about other people's/my friends' accomplishments.

"[Friend] graduated from pharmacy school and makes $140K/yr!"
"Omg! [Friend] got a job as a code monkey at [software company]!"

But once I broke out of my trance and started working on myself (and business for that matter), I realized I was lying to myself. The fact people who I would consider inferior in intellect/resourcefulness to me proved one thing only:

You can have 160 IQ, but if you're lazy and unmotivated, you will never accomplish anything. Your smarts will go to waste.

In fact, I would go as far as to say that being lazy is far WORSE than being of average (or even slightly below average) intelligence. "Intelligence" seems to be the greatest curse/burden (that disguises itself as a blessing) on one's drive than any other factor I've come across.

If you need a little boost in morale, think of all those people who are way less intelligent than you are, and go at it.

It's always helped me.
Don't like ads? Remove them while supporting the forum: Subscribe to Fastlane Insiders.