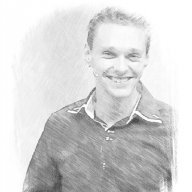 I've received and read TMF last year april and Unscripted this year april for my birthday from my good friend and life-long entrepeneur. I love self-development and this book really has a non-bs approach which we need in the 'oh-be-tolerant' Netherlands. So for my introduction:

I've come to the notice that I've been a lazy guy all my life. Thanks to the NES in my parents house and later the first PC I always try to find the borders and rules of a game so that I can win using the bugs. The problem was that this also caused me to try to cheat on life. Find what the teachers love and use that to score the needed points. I can use the smart-calculator during my examans? Great! Than I program a little app which stored the answers I could not remember... A test coming up? Just study one day up front and get a B minus. That's just enough to pass the class!

The problem with that? It worked to live a mediocre life. So i got a college degree in Marketing/communication because there is one thing I liked and am very good at, online marketing. After gruadition I've worked for one of the biggest online marketing agency's in the Netherlands as a sales guy. That's right, I've had great accounts and closing contracts for €20.000 a month and went home with a staggering €1400,- a month for 32 hours a week (excluding driving time 2 hours a day and a very uncomfortable sales meeting every monday morning - it was never enough). Oh yeah BUT i got a brand new VW Polo Bluemotion, a brand new iPhone 4 (you now know what year that was) and an brand new iPad. I was good at selling our company because of my passion of online marketing and learning all the tricks the consultans had in their high-hats. I loved people and to help them solve their online marketing problems they had with their business, people felt that and trusted me with their money. The company however wasn't always that good in solving problems so next to sales I was an account manager solving problems between consultants and the owners of the company's.

So after 2,5 years of corporate adventure the company went bankrupt because of the owners drug addiction and expansion hunger which went wrong. Two months before that I launched a physical product in a niche market that was a instant succes. The materials used in that niche where old, outdated and poorly designed. I stepped into that gap and it has extreme marges (400-500%). Problem with that is that the sales per order is very low because the product is very cheap. The market is also a very small niche market. But it still makes me €200-€500 per month. I saw a problem and offered a solution that people where willing to buy. That was a great start for online-enterperneurship.

However around that time a friend came along and tolld me about this MLM company that was very unknown and had fantastic products (we all know that story). However, I decided to give it a try and guess what, it actually worked. After 3 months I earned all my money back and within 6 months I earned €800 a month (reduce that with the €100 minum product order). So I decided to walk the enterperneural path and didn't go for another job when the company went bankrupt. I combined MLM with freelance working to build other people websites. They say MLM is passive income but you can forget that. It is hard work and not worth the trouble in the Netherlands. I've done MLM seriously with great great effort and team-building and self-development for over 5 years. I've done everything they say and more. Went door-to-door, cold-called 400 personal trainers, sampeling on the streets... My top income was a - hold on to your horses- €2600 in 1 month. Isn't that awesome... It was only because of a creditcard scam someone in Canada pulled of using my account number. They ordered truckloads of products on stolen CC. The company let me keep the compensation but offcourse, the payment was just once.

I also tried another venture with my brother-in-law. No MLM company but like a tea-bag you put in the tap water so that the water is purified from chloride. A very good product in another part of the world (where we saw it) with great margins and we decided to became the excluded seller in the Benelux. However in the Netherlands we almost have the best water quality in the world so we didn't sell anything of that. In Belgium they didn't want it (changing habits is very very difficult) so there are still a few of those packages inside camp-stores that sell them to people that are going to France (sorry, but disgusting water over there). That was an investment of total of €20.000 that was lost because of poor execution (we didn't have any marketing money) and very poor market-research.

Last year after reading TMF I had the FTE. The MLM income never went above the steady €1000 a month and the company decided to change the compensation plan. They also removed all support from EU and moved it to the USA. Long story short; I wasn't the owner of 'my company' half of my team and customers left. Than all the puzzle pieces came toghether. I've learned a lot in those 5 years and developed myself extremely so it is time to get real now.

Thankfull for the last couple of years when my wife and I could work from home, living a great life in terms of time-freedom. However not so on money-freedom. It has always been a big problem... always scraping to get by. But fortunately not anymore.

I've decided to keep the MLM position, but without any new effort put into it as it still gets me a €600-€800 a month doing almost nothing. I'm also working on a couple of great problem-solving websites (even a USA version!) that are almost finished (when it is I'll post it for feedback, it solved 3 major problems for every family with little kids). The Dutch version is already making some income (I've worked hard on it for a year) I'm also building other websites for other people to pay the bills. A month ago we actually bought a car for €7000 which for us is a very big big thing (our cars never have been more expensive than €1500). We are 12 years happily married with 4 kids and I have always know I am destined to solve a lot of people's problems because I simply like people.

Next to that I am a public speaker for over 7 years now which is a funny thing. I speak average once a week and people want to pay to hear me speak and motivate them. Its more like a tip I receive but it is a way of changing and impacting peoples lives. "Someday it will click with them" I always think when I paint a better picture for them... The greatest thing are the people that say "When you spoke that day xxx years ago, my life really went into another direction". I work out in the gym consistantly twice a weak to get those muscles working for over the last 2 years.

Why I joined the fastlane forum? It is great to have like-minded people around you that can help me and mayby I can also help some people here. I would like to get my a$$ kicked once in a while. That lazy guy sometimes still poppes up. Other people story's really helpes me to stay on track.

Thank you for reading and I'm looking forward to hear from you all.
Don't like ads? Remove them while supporting the forum: Subscribe to Fastlane Insiders.

Great to have ya MJoo!