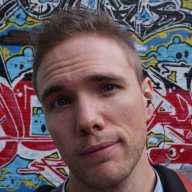 I quit my job to pursue entrepreneurship last week. I was became friends with the CEO and VP and they both own their own side businesses, so although they were upset because they hired me for an internal project - they respected my aspirations to be self sufficient.

They let me read the books that told me how it really is. 'An unlimited audible account, because if our employees are improving, the company improves'. I think they gave it to the wrong person.

All I listened to were self-development, business, and advertising books - then found MJ's.

I did what you're 'supposed to do', went to school, got an Mechanical Engineering Degree - got a job. My boss had 3 bosses. The job I worked at was almost Office Space. The intro of Unscripted described my feelings for the job spot on. I was working 12 hours shifts and worked in a bunny suit in a clean-room all day. No windows. I realized this was going to be my life, climbing a ladder doing shit I have 0 interest in. There was no need for me to be there when the machines were working properly. Excel sheets, word docs, meetings that should have been emails. I had to get away. I thought a remote job was what I wanted but all of the remote jobs were software related.

I went to a crappy 'part-time' code bootcamp, learned how to code. Pushed myself to my limits while keeping my fulltime job. Somehow got my foot in the door at a startup. The classic 'silicon valley'. Tons of 'fun' in office stuff to do. Free snacks, an xbox(that you can't play because you need to be focused on the product for investors), Beer Fridays - basically 'a dream job'. But they gave you all of that because they never wanted you to leave the office.

The business model got flipped upside down; investors said no more money until you fix it. I was the first let go because experience level.

Took another job, hired on for a deal they were going to ramp up on. Deal fell through, they reverted back to older projects they didn't have much bitch work for, found someone else with 2x my experience willing to take my salary and I was first to go again.

Took another job that was finally remote - it was a government contract position for a private company; election in 2016 happened, all contracts were put on hold by the government for budget review - no money for the development team. Let go again. This was my 'F*ck this event'(I didn't read the book yet).

I made a promise and refused to let someone else be in charge of if I can pay my bills or not. To tell my where I have to be, when I have to be there, and what I have to do.

Occasionally at my job I'd think that maybe I was lazy? Maybe I was just a garbage employee? For my entire 'career' I just couldn't find interest in working for other people's dreams. I always wanted to work on my own things at work and I would always be 'off track'. I always wanted to work remote because I thought that would allow me to be autonomous. I achieved that, still had to report to a boss, still got let go.

Apparently I am an entrepreneur.

I tried to find a way to do Youtube full-time(LOL) and make money and survive. This was my first attempt at trying to be self sufficient, and I wasn't reading any books at the time. It was junior attempt and I failed because building a brand is hard; I also broke the rule of trying to build something on someone else's platform.

Right before I ran out of money I resentfully took another office software job, and promised myself that I would do the bare minimum to impress them and spend every other second of my life working on a personal brand, and start building products. That's what I did, and I finally reached a point last week where I could quit.

My salary was 75k, but I currently pull in about 10k/mo with all of my side income. This isn't much - it's certainly not enough to retire, but it's enough to be self sufficient and pursue entrepreneurship. 60% of the money is passive and the other 40% is my time, which I'm working hard to change. If I F*ck up - it's my fault; If I don't work, it's my fault. No one can take that away from me.

I've felt pretty ostracized when talking about the concepts of the fastlane, and unscripted . I can see people falling into lifestyle creep, spending money they don't have. I've been called cheap for having money and not spending it. It was an eye opening book. Today is Monday - and the first one I've been fully on my own. I'm going for a run, and on my run I'll probably look at the starbucks drive through, watching as everyone tries to wake up for another day in cubicle hell. Sorry I mean - "Team oriented company productivity!" The 9:00am morning traffic reminds me that I did the right thing.

It's awesome to have a place with like minded people. Looking forward to meeting you guys.
Don't like ads? Remove them while supporting the forum: Subscribe to Fastlane Insiders. 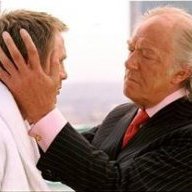 so funny, I have just recently started to follow you on youtube.
keep up doing great work

JoshuaFluke said:
but I currently pull in about 10k/mo with all of my side income. This isn't much - it's certainly not enough to retire, but it's enough to be self sufficient and pursue entrepreneurship. 60% of the money is passive and the other 40% is my time, which I'm working hard to change. If I f*ck up - it's my fault; If I don't work, it's my fault. No one can take that away from me.
Click to expand...

Whew! I thought for a minute you quit your job and had nothing else going.

This is an impressive start! Certainly enough to buy you freedom to keep pursuing!

Welcome aboard and thanks for the great intro.