How to be happy and fulfilled 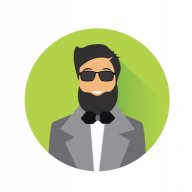 I really need some urgent help/advice.

Currently my life is driven by others, what they expect from me. I'm working in a fulltime job I hate.

I did multiple studies and jobs and still don't know who I am, what I want and what makes me happy.

How do I find out what makes me happy, gives me a reason to get up in the morning? What do I have to do to achieve that?

It's making me miserable, angry and annoyed.

I really need some advice, I'm willing to drop my job, leave my parents house, sell my car whatever. The only thing what's making me happy is my girlfriend. She's amazing, I want to marry her someday.
Don't like ads? Remove them while supporting the forum: Subscribe to Fastlane Insiders. 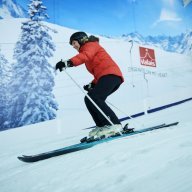 What do you do in your free time?

Daniel Clemente said:
What do you do in your free time?
Click to expand...

Gaming and watching series.
I know, it’s bad. I just feel empty after a day of work. And when I’m off I already feel the terrible feeling I get when I have to work again.
C

what is your IQ? What level of mathematics have you completed? How many books do you read in a year? What was your GPA? SAT? Height? Weight? What type of car do you drive? What is your driving record?
Don't like ads? Remove them while supporting the forum: Subscribe to Fastlane Insiders.
M

Do this, don’t just think about it, actually write it out.

Edit: Follow @Get Right and maybe do what he’s doing as well. You’re in a comfort zone that you aren’t happy with and you need to get yourself out.
Crushing the Comfort Zone
Last edited: Dec 12, 2018 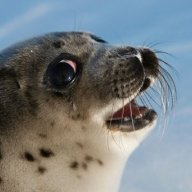 Do you exercise at all and have a good diet?

civilpro said:
what is your IQ? What level of mathematics have you completed? How many books do you read in a year? What was your GPA? SAT? Height? Weight? What type of car do you drive? What is your driving record?
Click to expand...

What should someone do if they're terrible at math and had low scores, plus low IQ?
Don't like ads? Remove them while supporting the forum: Subscribe to Fastlane Insiders.

whiz said:
Do you exercise at all and have a good diet?
Click to expand...

I do, not under or overweighted. 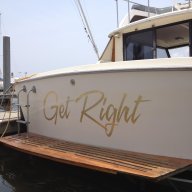 Wiezel said:
Gaming and watching series.
I know, it’s bad. I just feel empty after a day of work.
Click to expand...

Happiness isn't like a lightswitch it's more like a path.To walk down that path you have to take a step. Even a small step will get you started. You can learn to run later.

What exactly is your job anyways?
Don't like ads? Remove them while supporting the forum: Subscribe to Fastlane Insiders.

Daniel Clemente said:
What exactly is your job anyways?
Click to expand...

Ramp agent at the airport.

Well if you're relatively healthy, not addicted to drugs/alcohol or any of that bullshit, then you're likely just addicted to feeling sad.

It's just a matter of perspective and having purpose in life.

Just have a little faith in yourself and make the decision to work towards your freedom.

Your job is just a stepping stone. You shouldn't be getting so terribly depressed - there are people that would kill for your job...

I think you need to work towards something.

There's nothing wrong with watching Netflix or playing video games - as long as you're not doing it constantly and/or using it as a procrastination device.

Everyone needs a break here and there, but if your default activity is to mindlessly zone out, then you're probably avoiding shit you gotta do.

Next time you want to watch Netflix, spend 10 minutes (just 10 minutes) to read something that'll help you... like a marketing book, or something on copywriting, or maybe someone's business case study, or maybe the gold threads in here.

You'll find that you end up spending more than 10 minutes once you get into it.

The job wont last forever bro. The shitty feelings won't either. Just grit through the shit and take incremental steps in the right direction.

You just gotta get yourself used to not feeling sorry for yourself. It takes a while but it's worth it.

It's hard enough to take control of your life... it's way harder when you feel like shit always.

Eat right, hydrate, refresh your mind, avoid bullshit opinions and bullshit people, ditch anyone who isn't making a positive impact in your life, get a new hobby (Brazilian Jiu Jitsu is F*ckin awesome), and just grind.

I'm horrible with giving advice but hopefully I said something of substance here...

Next time you want to mindlessly zone out and ignore your brain, F*ck that...

Take out a notebook and just start writing about shit, whatever comes to your brain.

I don't know. I don't really have great advice... I'm not a professional. But I know what works for me is a long, sometimes random, sometimes painful process of replacing myself piece by piece, day by day.

Now I don't know how bad you are with the video games, but I was an absolute addict. So I ditched them cold turkey.

If video games are a problem for you, just hang out on here (Fastlane Forum) instead of video games bro. They just give you dopamine hits for accomplishing shit that takes little-to-no effort... it trains your brain to like other stupid shit that mimics this dopaminergic pattern (smoking, impulsivity, lack of emotional control, etc.). Work towards something and accomplish it - that feeling is so much better than any K/D ratio or ranking or accolade from any video game.

Just hang out on Fastlane Forum and read, read, read until your brain starts piecing together some type of plan.

You have NO IDEA where you're gonna be even 3 months from now.

Then you sleep on it or you're going for a walk one day and BOOM, you have chicken soup!

It's funny how shit works.

Your intent is all there... you've gone through the first step of recognizing that you're feeling shitty - most people won't even face this.

So congrats on that.

Hopefully I said something of value.

I feel like I write how Donald Trump speaks. Tremendous.

Wiezel said:
Ramp agent at the airport.
Click to expand...

Wave to a kid on the next airplane that comes in. That's a hell of a first step and you'll make his/her day.
Don't like ads? Remove them while supporting the forum: Subscribe to Fastlane Insiders.
Gold - Today is my 1 year TMF anniversary
Progress - Let's build a spec house
New Thread - Crushing the Comfort Zone

I want to add that when your brain makes "chicken soup" (a good business plan or idea), that 9/10 times the idea is bullshit and/or sucks.

But you gotta fail a lot and try a lot of shit...

Which is to work on themselves constantly. You are the hardest project you'll ever work on.

No business could ever take the effort it takes just to manage yourself in a positive way.

But you gotta do it. That's how I feel at least. 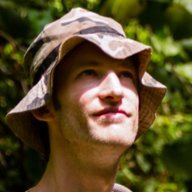 Wiezel said:
don't know who I am, what I want and what makes me happy
Click to expand...

That strikes me as the core issue.

You will have a very hard time finding out who you are, if you remain in your current environment.

It might sound very daunting, but leaving for a longer period (6-12 months) is your best shot at finding out who you are outside of your common constraints.

Depending on your citienship and age, Working Holiday visas can be a great way to do that.

Take this personality test. This will tell you what jobs/careers/entrepreneurial paths are a good match for you (I'm INTP - like Einstein). 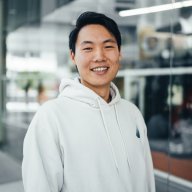 Lots of debate and theories on happiness.

Some say it is possible to make happiness completely independent of circumstances. Meaning you could choose to be happy even if someone slaughtered your family. But that route isn't for everyone.

However, I think you'd benefit most from reading:
The Happiness Hypothesis by Jonathan Haidt
& Flow by Mihaly Csikszentmihalyi