Fell into a pitfall of my own choices... 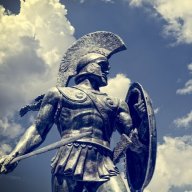 I've f*cked up and I don't know how to technically rebound from this.

Long story short, I intermittently post in my progress thread, but a lot has happened since my last post. But let me start from the beginning to clear things out:

Some time ago, I was having dinner with people from the company I work for (grilled meats and beer), and we were talking. Topics came and went, and somehow we ended up talking about personal projects we want to pick up. And i stated mine.

I was told by one of the company directors (paraphrased): " Do you want to do it? Go make it. The company will buy you the equipment you need. You can even take an hour off of work to work on your project". And so I did. ~800 euros of equipment later and never taking up the offer to do it on my worktime, I went through three iterations of it.

On the 24th of February, i had a chance to showcase my product again at a crowd of ~40 people. I even got two people that were interested and had industry connections. Got both their details. I've made moves with them to see what is needed to penetrate the market. Got feedback too, for the next iteration. I was genuinely happy

BUT
While i was going around showing and exposing people to my product, the company owner stated: "Since you work for us it's ours, not yours". I contested this, by saying i do this outside of company time, and he retorted by saying (paraphrased): "We (the company) paid for the equipment and you're using our premises I then stated i'd be buying back the equipment, so the company has no claim over it, and that what he said was F*cking insulting.


He kinda went back, saying that it'll be a 50/50 split, and that it was meant in jest, but i don't see that even remotely as jesting.

I talked to the person that i had the original talk with, and he said to the both of us that (paraphrased): "Don't worry. You won't be getting a bad deal". Since then i've been pressing for answers. To see what they think their position is pre-hard proof. He's been answering with: "We'll talk about this once you make a product" and at points he has mentioned that if the product goes well, a new company will be formed, which will be a subsidiary of the company i'm currently in, and that i'll have full control over the product and its design.

Since that day, any new purchases that have been made have been out of pocket, so as to reduce their equity. Currently the tally stands to about 800 to 300 euros. Ever since that day, i've felt no love and no passion towards this endeavor, and i've been trying to understand how to get 100% ownership off of this.

This is the first time i'm working on something of my own, so i don't really know how to do my due diligence to assess the situation. But my gut instinct tells me something is horribly wrong with this... Maybe because the guy who told me to go do it (on that day of eating) didn't explicitly state what this funding would entail. Maybe because i never knew how to handle this appropriately. Maybe for other reasons out of my insight.

Do i keep on going? Do i withdraw unilaterally from this, possibly breaking my bonds with those people? Do i kill the project altogether? Can i get ownership without burning bridges? I know that they'll have the money required for scaling and outreach, but I honestly don't know. They guy has built this company i'm working for while still being employed someplace else, and to my understanding, similar dealings happened between him and his now parent company.

But i don't know business, My family were government salarymen. @Black_Dragon43 and @Speed112 have already given me a solid piece of advice: To get ownership of this pre-hard proof product. And they are correct.

I'm just extremely split on weighing pros and cons though. I've not done my due diligence to understand the pros, and a big part of me is honestly scared of losing this job/position, for a few reasons: Not required to be tested/vaxed/masked in an EU country, which is the last vestige of sanity for me. We have to show same-day negative test plus ID to get into grocery stores, and we could not even go out to any venue for any reason.
I also get to work on deadlines and not to be on the clock, so i can be flexible with my schedule. The starting pay is also 25% higher than comparable positions.

But i can't help but feel split on this. This is my project, my aspiration, my possible vehicle. It might not work, but if it does, it has the potential to be a fastlane venture. So i'm here, asking for help. What do you think of my situation? What can i do to improve it?
Don't like ads? Remove them while supporting the forum: Subscribe to Fastlane Insiders.
R

That is quite a lot to unpack. 1st you could work on the responsibility/ accountability part : You mentioned you had a million dollar idea you shared w/ the bosses and they offered to give you free resources for your dream project? Nothing is free.
2nd: You have given them claim to the product by taking their offer in some forms like maybe using their sq ft as well? 3. They are your bosses for a reason- they employee people to help them make more money. 4. Your self confidence is key here- before you can untangle and make a decision you need to think about what you really want. They will easily draw up plans that will benefit their bottom line. What is your bottom line? 5. Forget the vaccination smation just start envisioning the company you can create if you have that innovative spark don’t waste it on “their” approval but take responsibly for your part and always give back in a way where you feel like you are not taking advantage and you are not being taken advantage of - do what is right. 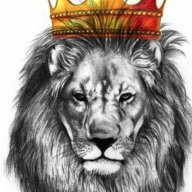 Way too much riding the fence, you are considering way too many scenarios.

My advice, walk away from there and go pursue your own idea, leave all the equipment they bought you.
Next time, nobody gives anything for free, especially your bosses, you are their employee for a reason. 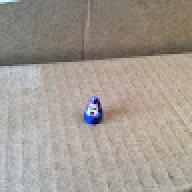 Our lesson today is on the letter C in CENTS. The letter 'C' stands for control. Can you say 'Control', boys and girls?

I ran into this issue while selling VHS movies on amazon years ago. My supplier (friend of a friend) said that we could keep the profit because he wanted to help me to get started. That lasted about 2 months. We ended up losing money and a whole lot of time. Also lost a friend of a friend. Lesson learned.

Two things you said stand out to me:

DMNinja said:
Ever since that day, i've felt no love and no passion towards this endeavor,
Click to expand...

DMNinja said:
This is my project, my aspiration, my possible vehicle.
Click to expand...

I see how perplexing this is for you. Is there a way to stop the 'deal' with the company so you can keep your job and start the endeavor with your own money and on your own time?
Don't like ads? Remove them while supporting the forum: Subscribe to Fastlane Insiders. 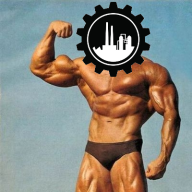 MrE said:
Our lesson today is on the letter C in CENTS. The letter 'C' stands for control. Can you say 'Control', boys and girls?
Click to expand...

If the equipment was merely $1000, you could have easily paid for it from your own pocket and not involve anyone else. It's very common for ideas to be stolen in tech startups.

Nikola Tesla was ripped off by Thomas Edison. 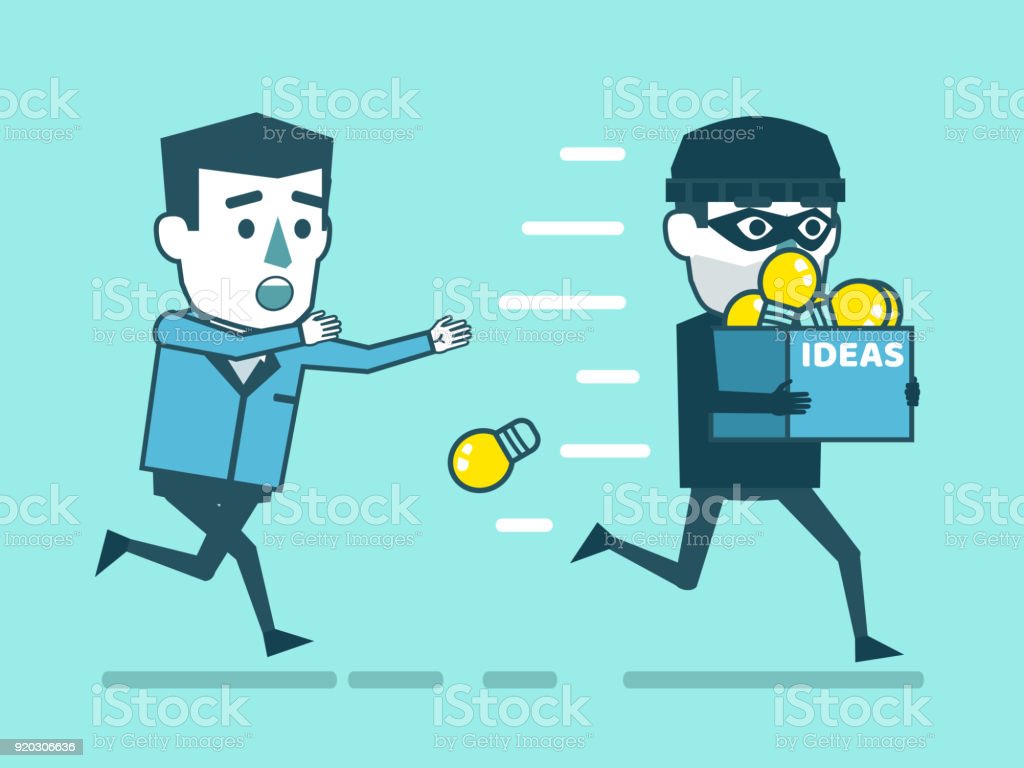 Moral of the story:
Say less and do more.

This is by no means an inescapable situation. Take ownership of everything as soon as possible and stop sharing further info on this matter.
Nobody cares. Work harder.
S

You took their money... and you're upset they want something in return for it?

It's common for any products developed on company time, or even while working at a company, to be owned by that company.
After teaching 100s of students, releasing albums and reaching virtuoso levels of guitar playing, I wrote a book on guitar practice. You can check it out here.

MrE said:
I see how perplexing this is for you. Is there a way to stop the 'deal' with the company so you can keep your job and start the endeavor with your own money and on your own time?
Click to expand...

I do owe a **long** overdue update on this thread. I'll be updating my progress thread right after updating this thread. I ended up buying back the equipment for 850 EUR. It's been on hold ever since. My day job is working me silly. I'm working on moving away from it.

The deal has stopped. We've reconciled our claims on both sides now. I **do** plan on making a move on my project. Just not near them

The bigger problem is that i don't feel passion towards it anymore. I guess i have to make new and better memories surrounding it.

I've learnt many things to be honest. It just took about two months for the dust to settle down.
---
I am currently in the process of trying to find free space for me to store the equipment when not in use. It'll resolve soon. I'm also looking for work elsewhere, so i can both hone a skill (in this case computing) and also bounce from my current job.

I'll be meeting a friend of a friend tomorrow to discuss a low commitment occupation in a software agency.
Don't like ads? Remove them while supporting the forum: Subscribe to Fastlane Insiders.

SamRussell said:
You took their money... and you're upset they want something in return for it?

It's common for any products developed on company time, or even while working at a company, to be owned by that company.
Click to expand...

The good this is, it has now become a lesson. I could've been burnt for more than 850 EUR. So i consider myself lucky on that front