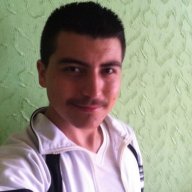 I´m thinking to do a social web application to adults, I´m from Mexico, so... I´m going to do my best with this little project, I work as a software developer, so... I have concepts about designing, programming and deploying a web site to a server, I have worked as de developer since 2 years ago, my english is not so good as you can see (I think), so... I know there are a lot of web pages or applications to share personal photos or videos, my first approach is just to show photos in this social media with adds, and obviously, to remove adds and see content restricted between profiles, the user has to pay some amount of money each six months or each year (I don´t know this yet).

If the web app works and make money, it would be improved with more things and functionality, the thing is I don´t have a lot of money to invest, and the technologies to develop and deploy my web app are angular and .NET of Microsoft, once my money has go out, I don´t know what I´m going to do, and I know it could work or not.

I would like to know what do you think, ´cause a think I have put myself in a little box without opening my mind to posibilities. 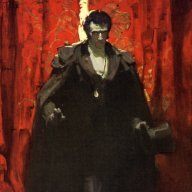 How is this any different than Tinder or the 1000s of other dating apps out there? 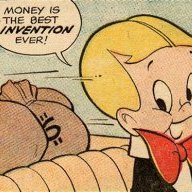 CountMonteCristo said:
How is this any different than Tinder or the 1000s of other dating apps out there?
Click to expand...

It isn´t, ´cause you could see photos of people but with adds and not all the photos. 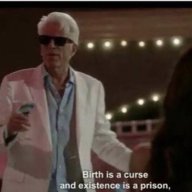 I'm going to be honest:

How does that add value to the people who buy it?

People already are using Instagram + Onlyfans in separate, and it works, both for the clients, and for producing content. Because it's easy to manage for both sides.

(Also because not every big platform is in the game of having sexual content on their website.)

If you could really gain traction, I assume it would Onlyfans a couple of weeks to implement an update with some free content and you would be out of luck.
How would yours be different? What are you really adding to the regular-joe everyday consumer?

I don't believe it's worthy to enter in the development of new platforms unless you already have expertise in the area (like, working for Facebook) and have deep pockets, or being truly revolutionary, therefore I'm too sceptical on this. I can't see the value.

Even if you could "hack" this game, it would take more than a decade to become profitable.

For example, Minds started without a worldwide name behind it, but it's kinda revolutionary and they started really soon (2011) - privacy-based and decentralization - but I don't believe it will be mainstream on the next few years. And I guess Minds have a revolutionary concept, and it got is first million in 2017 or something like that, so it already have some traction.

TikTok(the company, actually) already had deep pockets when it started, and went to the market and bought companies who were essential to implement the new concept they had. They also have revolutionary AI technology, and had help of universities and Microsoft - that's why it did what it did in just...

Even if we're talking about something really small and regional, we would still probably talking in a lot of time for what is it (more than 6 months, for some thousands in traffic). So, it's worth it? Let's suppose you could make it in 1 year to become profitable. How much profitable it would be?

Honestly, the only thing it could give me hope in your platform it would be if you had some exclusive top models with 25M+ followers on Instagram - like Joe Rogen and Spotify, but for nudes.