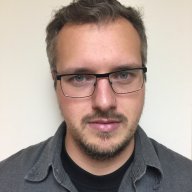 This may be my introduction, but I’m going to begin with a few words to the man, @MJ DeMarco.

I wish I had read Fastlane when it was first published. It would have enlightened me sooner and saved me from a few avoidable failures (probably several)!

I also deeply appreciate the value you offer to others through this forum. Not many people do what you’ve done here by creating and being active in a community for others. Your involvement is evidence that you live by your own advice: to create value selflessly for others. It’s endearing and a huge differentiator.

My childhood dream was to become a business owner. You could say I was a strange child (that's an understatement). Rather than play with others, I would isolate myself with paper and pen to plan products, marketing plans and product roadmaps.

This habit graduated into real business attempts:
Throughout my teens, I became a self-taught software engineer. To me, software was the easiest path to create a business. It’s amazing to me that a $500 computer is the only pre-requisite to invent something in our modern economy.

I had a business partner that siphoned money from our investment account. He wasn’t doing anything illegal, but it was completely against a verbal agreement we had made. And I am not someone to put up with crap like that, so I sold my shares back to the company within a few weeks, for $1 per share, and moved on.

I invested in an Internet-of-Things software company in 2014 that has turned into a modest $8M company. Now the opportunity has come up to have my shares bought out in a private investment round, which was a nice surprise.

Tuesday is the first day of freedom from the company mentioned above and I realize that I cannot work for someone else ever again. I'm too bullheaded and I'm not able to motivate myself to make multiples for someone else.

For my next stage in life, I’ve co-founded a company, named Accumine, with a mechanical engineer and data analyst.

Coming from my experience in the IoT business, I’m guiding this company toward collecting data from machinery, using existing infrastructure in factories, and utilizing that data to add value for the customer in the form of business intelligence and digital transformation. For revenue, each device we connect to requires the customer to pay a monthly storage and maintenance fee. And then there's the potential to monetize the business intelligence in the future.

This company also includes intellectual property for a hardware device that is a faster and more cost-effective way to collect data from commodity sensors. Imagine being able to buy a temperature sensor, drop it into a pot of hot water, and see the temperature within your LAN instantly without adding it onto an I/O module and programming an Arduino or Pi.

It's a young venture with two very large customers under its belt and it's on the right path. The company website is here: accuminetech.com. There are many things that need to be improved about it but that will come soon, perhaps in a progress thread on this forum!

Since I’ve lurked for a few days and have seen some tremendous advice being given, I hope to produce and add value of my own through my software, cloud, Internet of Things (and I guess backyard MMA) knowledge!