A Hungry Shark from Beautiful Brazil 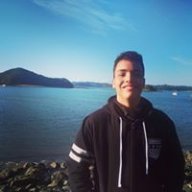 It all started when I was in New Zealand. Back in 2018, I was 16 and I was studying in New Zealand. I did the first year of my high school there and it was amazing. I got to meet a German friend and he made such an impact on my way of seeing the world. I was already interested in Digital Nomadism and in Entreprenuership and his friend of mine was importing some shirts from the States and he was selling them in New Zealand for twice the price I think. To be honest with you guys I didn't ask him all the details but his simple act of doing it really made an impression on me.
After that I went back to Brazil in 2019 and I did so many things. The entreprenuerial spirit really took over me. In just a single year I learned some Photoshop stuff, I did afilliate marketing and sold like 15 diet programs in only two months and it was all done organically through Instagram, I also did dropshipping and it didn't stop there. At the moment, in 2020, I'm giving English Classes and I already earned US$ 200 with it and it's just the beginning. The English classes help my english and also brings value to someone else. I have already a monthly revenue target and it's at USD 200K. Besides that I started putting more effort in reading high-level books such as The Millionaire Fastlane , Unscripted and Business Secrets from The Bible. Futhermore I'm meditating almost every day and it's been great to my mental health and ATM I plan on becoming fluent at spanish just like I did at English. It's kinda surprising but I've learned English from the scratch in only 5 months at home on my own because of my trip to New Zealand. Before that I used to hate speaking English. Things can change quite a lot. I'm really excited about the future and I know for sure that'll be part of the 0.0000001% of the population and you all will be as well.
Don't like ads? Remove them while supporting the forum: Subscribe to Fastlane Insiders. 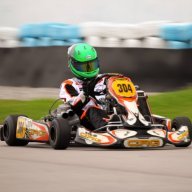 It's really good to have young people like you who are already hustling on this forum. To reach your monthly revenue target, do you plan to scale your English teaching?

It's really good to have young people like you who are already hustling on this forum. To reach your monthly revenue target, do you plan to scale your English teaching?
Click to expand...

I was really thinking in this but scaling one-on-one English teaching class are pretty difficult as it's linked to my time. The only alternative I've seen so far to scale it is launching a info product.

The great news is besides having a low-entry barrier, many people don't speak English in Brazil. In fact, it's the country that has the most English Schools available but only about 3% of the people are able to speak English fluently.
Last edited: Jul 13, 2020