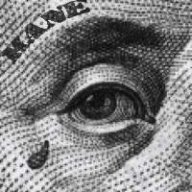 The year was 1978 when a young man named Brian Kernighan wrote a programming book. The words he wrote “Hello, World” marked the beginnings of astronomical change in the world of computers and really, the internet as we know it. The words, which he admits are a feint memory as to why he chose them, couldn’t have been more metaphorically perfect for what the internet has come to define - a broadcasting tool. In which we can create our system of delivery for our product and message.

Hello World is a perspective on content creation and marketing. It removes the outcome dependency so many approach marketing with. It is about making contact with the outside world. It accepts all forms of communication and mediums to market your products and services like podcasts, written blogs, video of any type - long form and short form, and even things like a handwritten direct response sales letter.

Imagine for a moment, yourself, a figure, standing atop a mountain literally yelling at the top of his lungs “..Hello World!!”. The sounds waves will travel as far as they can, diminishing in speed as it makes its way, further out. Maybe the waves hit some rocks along the way and eventually another mountainside, eventually fading away. By the time it hits the surface on the other side it may leave an echo, or it may not.

Hello World!! is what you announced on this mountain. This was your message. But let’s say that this mountain was far, far, far from any other people. And so, nobody heard it. What a shame.

The internet and this Hello World concept/model I’ve developed in my head is just like the example above. It is a digital mountain. But instead of it being many hundreds of miles from any other humans or civilization - it happens to be perched alongside a road with fairly steady traffic - in which people have the option to stop and take a quick listen. And if they like what they hear - will probably stick around.

Personally, I remember typing the words “Hello World” when I learned to write HTML web pages and hitting the refresh button on my browser. In true fashion - I felt what those words meant once they were output onto the web.

Many may not realize it but every time a programmer feels the sweet feeling of triumph in clearing the first hurdle of programming and running their first script is experiencing this Hello World concept. This two word phrase has big implications for the world of many millions of simultaneous “hello worlds”. And you don’t have to be a programmer to understand this. Sites like Stumbleupon have leveraged this idea and turned it into a business.

Anyone who has ever posted to this or any forum or started a website, or posted a comment on Youtube, or left a like on an Instagram post is practicing this. Each engagement and contribution just one single node among billions. Except that on this digital mountain top - it is archived into a network for someone to stroll along and find.

Hope this makes sense. I tend to think in really abstract ways about these things. Curious if others here think in similar ways. 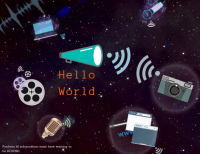