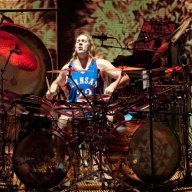 I read The Millionaire Fastlane maybe a year ago. That book was what pushed me to where I am now.

A year ago I was working a crappy tech job in Nashville, TN and I stumbled across the book on a recommendation from a friend. I immediately read it and it really made me stop and think: Do I want to get out of my wheelchair into my lambo? There are other people who are below 65 and have lambo's so why not me?

Then work started to drive me nuts. I realized what a trapped hamster I was. My life was just a circle where I only looked forward to LIVING on the weekends! How sad.

I was working full time, in the military part-time, was bodybuilding in the gym and I tacked on a blog for my first business idea.

Well, a few months later and I crashed. I worked way too hard and didn't ever take breaks. My willpower was only so strong. I gave up and stayed in my job for around 8 more months until I was laid off. Jobs are safe am I right HAHAHA. Then I realized I could restart this awful process or try and break free.

I then scrounged up all the money and credit I could find and actually pursued a dream of mine. Day Trading. It was fun at first but I realized it was just another job. Just a little freer. I had success and a lot of failure. I was making more money in 5 minutes than I would in 2 weeks at my job. However, I was losing money too. It was a double-edged sword.

I then took to starting my first e-Commerce store which is actually making it. I was surprised as most of my ideas fizzle out and fail. I somehow have survived for 4 months so far on my own and my income streams are keeping me afloat. I can make it another 6 months but that's probably it.

But who cares? This is where I have arrived mentally,

42 PUT YOUR BACK AGAINST THE WALL

DEFINING IDEA...‘Those who want to succeed will find a way; those who don’t will find an excuse.’∼ LEO AQUILA, ACTIVIST

Master Sun states, ‘Throw your soldiers into positions whence there is no escape, and they will prefer death to flight. If they will face death, there is nothing they may not achieve. Officers and men alike will put forth their uttermost strength.’ Close the exits and put your back against the wall.

I will succeed or die trying. I don't want a shitty 9 to 5 life and I know I'm capable, I have 2 useless degrees and spent 9 years in the military. I landed a government job in IT at 20. I know I can do it. I know I have greatness within me as Les Brown says.

I am here because I conferred with a life coach. What can 20 bucks hurt? Well, he directed me in the direction of high impact work with high rest. This has been a huge game changer in my life. I am making more sales than ever and I am finally gaining control of myself with a routine I do daily.

Today is actually my network day. I dedicated Saturday to meeting new folks and getting to know someone else and hear their story. Tomorrow is my 100% rest day for the rest of the week.

I know I don't have my lambo yet or 1 million bucks, but I have this relentless persistence within to push through whatever obstacle. I want to learn from the greats so one day I may become one and impact the world in a positive way.

Thanks for reading guys,
Pat
Don't like ads? Remove them while supporting the forum: Subscribe to Fastlane Insiders. 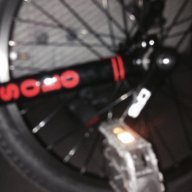 100% each day even on rest days! Works for me, different reasons but great to hear similar strategy: )

Yes there's been many stories & skills posted here over the years...I found fitting the best approach to your circumstances/self can give the positive feedback that keeps you going until takeoff.

Hope to see you leave some Gold breadcrumbs in a thread along the way, nothing like some external motivation to go with your legacy.
ps read Unscripted yet?
joe cell

Thank you for the kind words Joey!

I know I can't succeed alone out there so it's great to meet people who are where I want to go.

I will leave as many gold breadcrumbs as possible!

No, I have not read Unscripted , do you recommend reading it? I really loved The Millionaire Fastlane .