Introduction of a new wolf 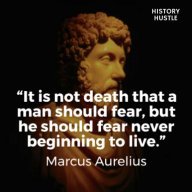 Hello everyone! I am a new wolf (20 y/o) that is trying to join the pack. I just recently dropped out of college realizing it wasn't a necessary path for (my) business. Because I am not in college, I feel the need to be a shark. Out of my own will and disparity, I decided there is no time to lose and it is time to own my own business eventually. Also more about me: I love philosophy, learning, and talking to people. Ask any questions you want and it is glad to be a part of this beautiful community!
Don't like ads? Remove them while supporting the forum: Subscribe to Fastlane Insiders.
Last edited: Jul 9, 2018
F

It's been almost a year, how's it going since leaving college?

MJ DeMarco said:
It's been almost a year, how's it going since leaving college?
Click to expand...

It's been a rough ride, however leaving "the script" of college was quite relieving and I found quite the freedom. The freedom of realizing that my dreams I've had are realistic, but just a consistent journey of hard work and dedication where I have no room for doubt. I've had to work more hours at a job I don't like, but it is necessary because I have responsibilities and I'm trying to save up to begin my eCommerce business. I have opened my philosophy channel on YouTube and I am now trying to open an eCommerce business with my brother @Geekour who introduced me to this forum. I've been working out everyday and organizing myself to increase dopamine levels naturally without the need of eating terrible food and watching television to seek happiness.

If there's anything I learned, there's no such thing as a shortcut for dreams. I never dreamed of becoming filthy rich, but my dream is to inspire people and teach them about how dreams are only real if they try to make it real. Money will come after the dream is rich. When I open my business, there will be no shred of doubt in my mind. I will be confident enough that my product will have value. It was also nice to be reassured that one of my philosophies in life is also relevant to entrepreneurship. When I wanted to open a business, I wanted to make sure that it had a meaning behind it, not just to make a quick cash grab. Then reading @biophase thread about his opinion of the Amazon Marketplace, it was a relief.

The road ahead is still long, and I have a lot to learn. but I will fight through these hard times to accomplish my dreams. Failure's a choice if we feed our consciousness that idea in my opinion. Thank-you for the follow up @MJ DeMarco !
Don't like ads? Remove them while supporting the forum: Subscribe to Fastlane Insiders.