I quit my slow-lane job. 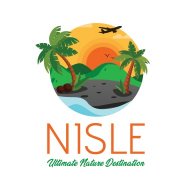 I left the job last week Thursday. If you follow me on these forums you'll know that I'm currently without a stable internet connection at home so I have to go out of my way and under expense to even post on this forum, but I feel that my contributions will be helpful to those in similar circumstances.

Since the day I read TMF , I have had the conscious knowledge that my job is nothing short of a hindrance to my potential. For the past year I've faced steady and increasingly stronger headwinds. An incompetent, rude and disrespectful boss who does nothing but show contempt for staff of a department that is filled with people that are too scared or oblivious to do anything about it. It became so ridiculous and toxic it actually put in me in a doctor's office. My health took a big hit. I'm to blame for even allowing myself to get that upset/frustrated and letting the stress of a bad job get to me. I was suffering, but no more.

I took a very scary but determined stance last week. I walked away from the job, instead of directly confronting the manager after being falsely accused ( basically being rudely called incompetent ). It would have gotten too nasty and honestly it would have made no difference ( the manager's ignorance being the main reason ).

Honestly, it was a major decision to make, and it has seriously impacted my life. I have plans to leave my country to pursue studies in Canada very soon, but the job has aided the financing of my trip and studies. Being my only steady source of income, it made me feel trapped. However, the best thing just happened. I just came from an interview with a local entrepreneur who basically wants to hire me for my skill set (Computer Technician). He explained to me the goals of the company and the business seems very lucrative (Telecommunications). Honestly, with the rapport and the things we discussed, I feel like a have just gotten a mentor for the ambitions that I have in the future. He has a lot of fast-lane principles established in his business ( CENTS ), and with this new opportunity I can learn so much more.

Things that I've learnt from my experience:

Don't like ads? Remove them while supporting the forum: Subscribe to Fastlane Insiders.
'Your actions speak so loudly, I can not hear what you are saying'
- Ralph Waldo Emerson
'2019 Execution'
- Thomas Baptiste III​

So I left my slow-lane job approximately 2 months ago. Didn't do so on the best of terms but my quality of life has indeed improved. As MJ mentioned in his experience in TMF , I decided to change something I thought was unchangeable, and created new options for myself.

Right now I'm actually on a paid internship with a telecommunications company. I've already seen first-hand how crucial human resource is to the success of a business and how detrimental poor human resource can be. I'm currently in the process of making a website for the company and I plan to use this opportunity to learn and implement some new technologies that I can use to implement an idea I have based on fastane SaaS structures.
'Your actions speak so loudly, I can not hear what you are saying'
- Ralph Waldo Emerson
'2019 Execution'
- Thomas Baptiste III​

So I've been lurking, reading and processing all sorts of information here on this forum especially from top members here for the past couple of months. It's time to put the gift of knowledge into action. 2019 is quickly approaching, and I'm determined to make the best out of it. After thinking it through, I'm gonna start working on an idea I've had for a long time now. I have no set monetary goals right now, my priority at this point is to solve/improve on a problem I know exists. I'll document my progress and see where this will go.
Last edited: Dec 18, 2018
'Your actions speak so loudly, I can not hear what you are saying'
- Ralph Waldo Emerson
'2019 Execution'
- Thomas Baptiste III​