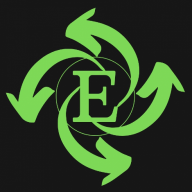 Hi everyone!
It's great to finally be able to interact with the community. I'm a 27 years old Mechatronics Engineer in Mexico, currently working as a high school teacher and researcher.

I've always loved school and wanted to be a teacher, but had my eyes opened by my sister who commented it was a tragedy to "spend all those years studying only to pass it on without doing anything with the knowledge". So I decided to become an Entreprenur and solve problems.
I've had 2 attempts at building a startup, both went broke.
Since then I've worked 1 year in a low paying community high school, then 6 months as a programmer in a small private company and now will have 1 year working in high school. In that time I became recognized and went from 10 hours a week to a 40+ hours week. Became elected president of the Science Club, part of the leadership of a Toastmaster's club and currently got several offers at some colleges and contesting for a permanent tenure as a teacher in May. Mostly have received a good review by the students and the local schools and several offers but also increased work hours.

I really love building stuff with the students, especially in robotics, automation and Natural Language Processing. But I hate the crappy pay, the 6 month contract gigs and the lack of stability (no medical insurance, 3 months without pay before receiving income every 6 months, long after hours to do extra unpaid work). And truth be told, I'm not getting any younger. Retirement age for a teacher in my country is around 75 years old and I'm set on avoiding this Slowlane path of retirement in a wheelchair or death-by-student.

Also research in my country isn't valued so either I'd have to do research on something I don't care about by joining a slow and corrupt system that pays barely enough to survive, become friends with a politician to fund me or pay for my hobby with my own wallet which isn't really profitable in the long run.

I've read plenty of Personal Finance and FIRE works, along with MJ's book which I loved and still dream of becoming an Entrepreneur. I want to FIRE and get enough to pay for more interesting projects in both business and robotics.

With my low salary I've managed to save $18,000.00 pesos (around $900.00 dollars) but I've been steadily consuming it while surviving until I get paid this year (around $3,000.00 dollars) which is unnaceptable but pretty common in my country.

In order to join the Fastlane, I've been working for 2 years on and off on an educative startup concept and I'm close to finishing the prototype. Since my work hours have increased (didn't really want the 40 hours contract but gotta pay the bills and was the most stable job with vacations and time to develop I could find) my progress has slowed down to a crawl. I'm set on launching on May this year at the latest and I've thought of finally joining full time in the community and taking this more seriously.

After this long presentation and rant, nice to meet you and hope to learn more from you all and strive together for the life we all want.
Don't like ads? Remove them while supporting the forum: Subscribe to Fastlane Insiders.
Last edited: Mar 15, 2019
M

Welcome my friend, appreciate the intro! 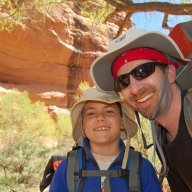 And welcome to the tribe!

One thing I've seen from a lot of technical-minded folks is that they focus on their skills & the tech that they're familiar with. That keeps you in your own head instead of thinking about how you can use your skills/expertise to solve OTHER people's problems.

So, you might consider what industries & types of companies you're already familiar with. What problems do they have that your expertise could solve? What can you do to talk with those people to get & refine ideas for problems/solutions?

Thanks a lot MJ! Really love your work. Millionaire Fastlane is truly an eye opener about how working intelligently beats working mindlessly hard. One can get so busy with daily life that one doesn't have time to wonder why after all that hard work, one isn't any closer to a balanced life and the harder one works the farther away it looks. Your book makes it clear how the Slowlane path leads to a mediocre life and why it must be avoided at all costs.

I also loved the CENTS commandments. I'm good at working with structured systems, not that good with chaotic ones. I wondered why my business ventures failed and CENTS defines why clearly.
My first business lacked the commandment of Need. After reading it, realized at that time we weren't startup founders, not even Entrepreneurs. Just a bunch of freelancers who had no idea of what need to provide for and in it only for the money.
The school fulfilled the Need and Entry commandments but violated the Scalability, Control and Time ones.

Basing my third venture in your commandments and working hard so it becomes a reality. Thanks for changing lives everywhere!
Don't like ads? Remove them while supporting the forum: Subscribe to Fastlane Insiders.

And welcome to the tribe!

One thing I've seen from a lot of technical-minded folks is that they focus on their skills & the tech that they're familiar with. That keeps you in your own head instead of thinking about how you can use your skills/expertise to solve OTHER people's problems.

So, you might consider what industries & types of companies you're already familiar with. What problems do they have that your expertise could solve? What can you do to talk with those people to get & refine ideas for problems/solutions?
Click to expand...

Thanks! Indeed we can fail for tunnel vision at times due to our focus on the tech (it's just too enjoyable to build something so we forget why we wanted to or if it was even necessary) over sales and costumer analysis. Trying to use my expertise in the school system to optimize several elements I've noticed are needed.
Got 2 projects, one had market analysis and even won a contest for the analysis along with some potential customers. Reusing code as much as possible to launch soon. Surprised by how fast the months go by.
Last edited: Mar 17, 2019