Worlds - Why You Want to Be a World-Maker 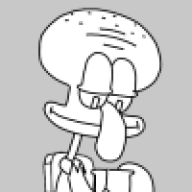 Let me start off by saying that this is a personal belief that I held for a very long time but never wrote down or published. I'm putting this in the Ideas category because I want to inspire you in ways that I'll go over shortly.

Parts:
- The Belief
- The First Meta-Worlds
- The Music-Makers and Dreamers
- Concluding Message

If you have a religion that you subscribe to, I'm sorry for possibly offending you, but as a person that believes an apathetic God exists, this is how I make sense of the world and attain a sense of greater purpose.

In each and every living thing, there's a little bit of God, capable of changing what exists and creating new things.
You can exercise this will by moving an object that otherwise would have stayed still, building a house, or by becoming a leader and having canals dug and mountains moved under your name.

To do is to exercise your will as a being made in the image of God. Essentially, to become God.

Many choose to exercise very little of their will.

These are - coincidentally - also the people who ascribe their situation to things outside of their control like:
These are also the people who work because circumstances force them to and come home to do nothing else with their time despite having the time to create something.

I will admit, I don't really know your circumstances, and it may be that I'm being quite ignorant. If you have an objection, please speak your mind. I'm writing this to present the world with a congealed concept to be adopted or smote.

Now, for the people who exercise very much of their will.
We see these creators as entrepreneurs, scientists who discover more about the world, and influencers who create meaningful content, all of these for the benefit of mankind as a whole.

Creators have an internal locus of control, they believe that their problems are theirs because they are the shareholder of their life, and with this comes control over their reality. Change becomes possible and any hole they find themselves in can be climbed.

And now we have to talk about what these people make which I consider to be... Worlds.

The First Meta-Worlds
At the time of writing, you may link the word "meta" with Facebook and its socially awkward CEO, but I ask you to cast aside this corporate redefinition in favor of what it really means.

I want you to try and allow these connections to form in your mind.

- MetaDATA is a term used in code to describe the data of data, like how a piece of data like text can have information to describe it (line, font, alignment, etc). I'm changing up the metadata to affect how this sentence is pErceiveD
- MetaGAME is the game within the game, like how people try to count cards in blackjack to gain statistical advantage in the game. You are learning the inner mechanics to change the outer results.
- MetaVERSE is another world within our world, created by Facebook to contain, analyze, and probably control people to learn how they behave and to influence the Greater world.

As within, so without.

You may notice also that the word meta describes something different inside of something Greater, yet still influences the Greater thing.

Today, our world is so far into the rabbit hole of worlds that the Greater game seems so far away. Survival is having a nonlethal job, paying your bills and your mortgage on time, and having something to eat, which comes in a plastic container, bought with value vouchers at the Wal-Mart which is always stocked and kilometer away.

How ridiculous does our reality sound compared to pure survival?

See, all these ridiculous things are the result of someone building new worlds or building on top of the world:

Who made all these wonderful things? How did we get here?

The answer? Music-Makers and Dreamers; The Gods

The Music-Makers and Dreamers

"We are the music-makers, And we are the dreamers of dreams," - Arthur William Edgar O'Shaughnessy

If you've seen Willy Wonka and the Chocolate Factory, you might be familiar with that line, it was said by Willy Wonka in response to a nay-saying kid who basically told him that snozzberries don't exist.

Every word we now use was once made-up.

Many times throughout history we've seen dreamers break what people have said did or didn't exist, and in retrospect we say "of course so and so were right" only because we know more now. For Einstein, trying to go against Newton must've felt like pushing against a tidal wave. He knew he was right, and his new equations beat the old equations when a solar eclipse proved Einstein to be the victor.

We truly are the music-makers and the dreamers of dreams.


Tell me, who dreamed of a computer stronger than the one used to send a man to the moon sitting in our pocket?
Who dreamed of an age where steel, food, and books are so readily available?
Who dreamed, who sought, who brought?

It isn't the person sat on the couch enjoying the creations of people who created the alcohol, TV, and food they consume to escape the reality of their inaction and their potential for Godlike action.

Since this is the Fastlane forum, I'm willing to bet that I'm just preaching to the choir, but I know that some of y'all are too scared to start doing things.
I really can't put too much blame on you, it's a lot of responsibility to create a world for people to enjoy and to create something from nothing, it's much easier to just enjoy what's already out there. From what I've seen at my job as an electrician and from what my Slowlane coworker said about his old office job, it's easy to just do the bare minimum and collect the money.

But I say this:
What difference does the do-nothing consumer have with a pig? They both just kinda exist and consume until they die or escape their situation.

WHAT KIND OF EXISTENCE IS THAT?

Why don't you just be a cog in a machine for what it mattered? Only spinning in response to another cog and being idle whenever you're not. You only have one life, why not build onto the world and reap the rewards? Are you living life to the fullest if you won't even acknowledge your gift of free-will and creation?

I want to talk about one more kind of creator, responsible parents.
They go out into our modern world to bring back food, clothing, and safety for their young. In doing so they create a little world to help their young grow, a little playground if you will.
From what my mother and father used to tell me, they wish that they could provide this playground and watch me be happy for eternity, but they won't let it be because they acknowledge the reality of mortality and having to let me go out and create my own playground for others.

It really is a wonderful feeling to have people play on a playground of your making, I would die fulfilled knowing I created something to be enjoyed for eternity. Honestly, if I didn't care, I'd tell you to come play in my world for as long as you wanted. But I care and I want to tell you to make something for others to enjoy. Just forget about the damn money for a second (unless you need it for survival) and think about planting that tree for generations to enjoy the shade of.

After about three generations you'll likely be forgotten, and the money won't do you any good, the only legacy may be that tree that nobody knows the origin of.