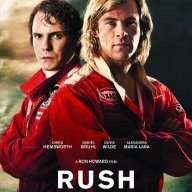 I am a regular guy who has been radically changed by reading TMFL. Many thanks to MJD for writing this book. I am super grateful for the it and the way that it has put my past few years into perspective. I'll just dive in.

My reality got majorly F*cked around when I was fired from my job at Harvard in October 2017. I was a research technician for 2 years and 9 months, working in one of the best neuroscience labs at the university. I was working on a fascinating question that made my 6/7 or 7/7 day work weeks tolerable. What is the neural seed of motivation, and how does it use time to manipulate motivation? That was my project, and along with my colleagues we may have discovered the protein that causes information about the passage of time to alter motivation. The molecular clock per se, that specifically times motivated behaviors. I will be an author on a manuscript detailing this.

In addition to figuring that stuff out, I was able to discover some other things as a side project that got my professor 2.7 million dollars in funding. My research was solely responsible for this funding. Despite this, he seemed to begin to view me as an enemy. He is a genius, but was always unstable and filled with hate.

I decided to take some time off and got overpaid about 2000 dollars during this time (3 months off). I am still unsure of whether this was my fault or HR's. I was never allowed to get to the bottom of this, just fired. I made a lot of mistakes in terms of my communications with my ex-boss as well. For example, when I sent an email trying to apologize, it was perceived as a threat. I could have done a better job of explaining myself, or never said anything. I was fired for this and the money thing. I was floored by how minuscule I was being forced to feel despite the massive amount that I felt that I had accomplished during my time there. I learned that the slow lane doesn't care about your worth, just that you remain spineless. Now, I am viewing this as a positive. The event that jerked me out of a permanent slowlane. In addition, I learned how to work harder than I ever thought possible for myself.

After this I was determined to change things and stop being a subservient little pawn. I read the MFL and shortly afterward, I had an idea that I think could contribute a massive amount of value to the community that surrounds my favorite sport / hobby. It is a training product that could make training far more accessible for committed athletes who are willing to work to be good at the sport. I think this could be my vehicle to generating value for the world and changing my life into one of self reliance and independence. I am speaking with a prototyping company, and have run a survey about the product. To my delight, 83% of the 41 respondents said they would be interested in purchasing the product I thought of! I know it is still extremely early but this seems promising given that this is my first attempt at something like this.

In addition, in May I am attending the coding bootcamp, AppAcademy. I am determined to learn coding so that I have way more potential to create in the future. AppAcademy is based on accepting a job offer after the program, so I will have to decide between the job and the entrepreneurial life or both very soon.

I am reading Unscripted now and it is also amazing. I can't stop listening to the audiobook. I will log my future progress and do my best to contribute my experiences to the forum, for others to learn from.
Don't like ads? Remove them while supporting the forum: Subscribe to Fastlane Insiders.
Last edited: Apr 2, 2018

Great intro and thank you for sharing. I hope the forum can help you along your journey -- when you're involved in some great work and it ends, it can be a really hard shift.


685018 said:
What is the neural seed of motivation, and how does it use time to manipulate motivation? That was my project, and along with my colleagues we may have discovered the protein that causes information about the passage of time to alter motivation. The molecular clock per se, that specifically times motivated behaviors. I will be an author on a manuscript detailing this.
Click to expand...

I can share more. Basically, we identified CaMKII (Ca2+/calmodulin-dependent protein kinase II - Wikipedia) to have a driving role drosophila melanogaster mating motivation. Drosophila are an extremely powerful animal model for geneticists. For example, the way that DNA is arrayed on chromosomes was discovered in Drosophila.

The crazy thing about fly mating behavior (I know it sounds weird, but specifically the copulation duration) is that it always takes the same amount of time. Each time a male and female fly mate, it takes 20 minutes. This is baffling because no one previously had any idea how this amount of time passes so consistently during the matings.

My ex boss proved that flies have motivation by exposing them to heat threats while they were mating. In the first 5 minutes, flies would rather die than break up a mating. However at 15 minutes in, they break up the matings every time in response to a heat threat. There is a motivational switch at 7 minutes that makes them a lot more willing to exit the mating. This proves that motivation declines over the course of a mating for flies somehow. This is where I came in, to find the thing that tunes motivation down with time.

Eventually we tested genetic manipulations of CaMKII. Ramping up the activity of CaMKII in only four neurons (flies have 200000, so this is an extremely small and powerful set of neurons) had very strong effects. This increased the mating durations by 15 times to 300 minutes on average. Basically, by increasing the protein's activity, motivation to mate / time spent mating went up 15 fold. See below:

It also functioned in reverse. When we tuned down the activity of CaMKII using either a light inducible inhibitor of CaMKII or a genetic alteration that muddled activity (CKII-T287A), we saw mating motivation decrease. The decrease in CKII activity did not alter copulation duration, but we had other ways of testing motivation. We saw that the flies were willing to break up from threats significantly earlier on in the mating, 3 minutes in. Normal flies only break up from heat threats at 5-7 minutes. This might seem insignificant but it is a massive and reproducible drop in motivation for them (see 3C).

(you can see CKII restricted to only those four neurons in the top left image; In 3f in the second panel, we show that CKII declines naturally in activity over 7 minutes in those Crz neurons, exactly like the amount of time it takes for motivation to decline)

The fact that CKII can move motivation up and down is a big deal. Changing behavior in both directions is one of the ways scientists believe that something is definitely true. We think it CaMKII is the time dependent motivation knob for all forms of life.

There is a lot of information here and it is impossible to give a really good explanation without the paper, but I hope you got something from this. I realize that I got way neurosciencey here. Feel free to ask questions of you want some of this stuff explained more. I know it's pretty surreal. 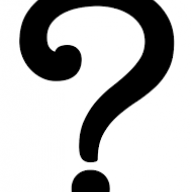 This can change the world. I just saw the documentary " Take your pills " , it shows that college kids and people in high stress jobs are taking amphetamines to stay focused and motivated.

It's hard to believe that such culture is going on since 1930's.
Don't like ads? Remove them while supporting the forum: Subscribe to Fastlane Insiders.
Best Room Heater Buying Guide in India
Top 10 Best Portable Budget Dishwashers For Home Use
Top 10 Best 1.5 Ton Energy Saving Split Air Conditioners
Best Earphones Under Rs. 500

It does have the potential to be a powerful tool to change human motivation in the future. There is still so little that humanity understands about motivational drive in people. We can't target an exact brain region and show if that region is the place where motivation is altered, like we can in flies. There are no tools that can do that yet. When that can be done in humans, altering CKII should have interesting consequences.
C

Great research. I want to share my story, so you know that it is possible to leave too. I finished my M.S. in molecular bio at a top university and went on to contract for NASA on the Mars Mission. I struggled with being treated like a cog in the slowlane and quit cold turkey 1 year ago 4 months ago to start my entrepreneur life. I couldn’t stand the slow progression, they were asking maybe 20 years of research and a PhD out of me for a director of research position. NO THANKS! My E commerce business is working out for me, and soon I will expand into real estate investing. One day I hope to return to science as an Elon Musk type of CEO. Good luck... I really believe in you. Leave behind that slowlane!

Any more sources for reading about this research?
Fascinating to me.

The paper will be out shortly and I can send over the pdf or post a link.
Last edited: Jan 3, 2019
N

Id love to read the paper when it's out.
Don't like ads? Remove them while supporting the forum: Subscribe to Fastlane Insiders. 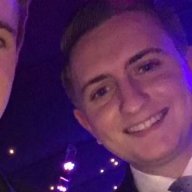 kila5454 said:
The paper will be out shortly and I can send over the pdf or post a link.
Click to expand...

Please do. And I invite you to then write a book on the subject for laymen so that I can buy it.

This can change the world. I just saw the documentary " Take your pills " , it shows that college kids and people in high stress jobs are taking amphetamines to stay focused and motivated.

It's hard to believe that such culture is going on since 1930's.
Click to expand...

Adderall is huge at colleges. A lot of students go to their doctors and convince them that they have ADD and not doing well at school then when it comes to exams they sell Vyvanse or Adderal to other students because they tend to help them. The problem with this is these are strong stimulants and people tend to become dependent on them.

Maybe a drug like this will come out sometime:
View: https://www.youtube.com/watch?v=t1UwmfF-MYM