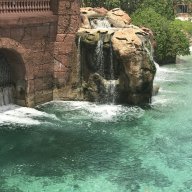 What's up guys! I haven't posted on here in a while... and it's not because i'm a wantreprenuer

Anyways, i've been keeping track of my progress in my journal and i thought i'd share it with you guys and maybe it'll help anyone who's just beginning.

Like i said above the following is from a journal i've been writing in for 4+ years. I'm only going to share the relevant parts to keep it somewhat terse haha. I'm a little intimidated to this because it is unfiltered and i'm scared of being judged...but frankly i don't know any one of you so screw it!! I will continue to update it frequently! I just thought it'd be cool to keep you guys updated and be able to see the progress i make (or don't make).

Alright. So I have to get my shit together.I'm supposed to retire in 5 years. It's set in stone. I'm not not going to retire at 25. Failure in my life is not acceptable to me. My reaching $700,000 per month has to happen. I'm not sure how to get there yet. I still have 4 years to go to figure it out. I just launched an app on the App Store, so I'm trying to figure out how to make money on it. It's all new to me. It's nothing that i've ever done before and I feel like a loser trying to do it. This failure leads to success though!

I just bought into Facebook Ads / Instagram Ads for my Melody Gen app. My goal with this app is to reach 20,000 downloads. Which would bring me to about $28,000. Defiantly not as much as I'd like, but it's a start. My first mistake I've made is trying to advertise on Reddit. This is a big no no. I joined multiple communities that would help me in discovering a larger audience, but I went about it the wrong way. I went into their little community and started telling people to download my app because I thought it would help them solve their problems. No Caleb. Not the right way to do that. I'm going to have to go about it more subtly. Maybe not even at all. I don't want to put that bad reputation on my name before I even get started. That would set my back. I'm not sure what else there is to do marketing wise. I'll have to research more tomorrow.

Something I haven't been doing well lately is self discipline and giving my best everyday. I had the stomach flu for a couple of days and it set me back. I know that shouldn't be an excuse and I guess it's not. I have no excuses for why I'm not giving it my all everyday and trying to do small shit that will get me closer to where I need to be. I was thinking today about how I shitty I feel and how I want to quit my current job as a patient transporter at the hospital. This thought lead me to the thought of self pity and complaining. WHY AM I COMPLAINING WHEN I'M THE DUMBASS WHO CAN CONTROL WHAT I DO. This is important. This is very important. Do not complain. Most of the F*cking shit we don't like is because of the choices we make, which we control.

I need to start making better decisions. I can't keep doing what I'm doing. I'm not giving it my all. Not nearly what I should be.

So I got high tonight. I know I shouldn't have, but I don't regret it. I kind of had an epiphany that I'm about to have a break through in life or something. I don't know. It was a positive force that kind of felt like a sign that I'm headed in the right direction even though I feel lost. It's exciting - knowing how much life there is to live and all the things that I'll be able to experience. There's so much life to live. I don't want to be experiencing it on working every day at my job. I want freedom. Freedom to travel out to London whenever I feel like it. Or go to the Bahamas until I get tired of being there. There is so much out there to experience and it honestly scares me. It's intimidating. Who's going to be there with me? Who will I be sharing those experiences with? There's so many tiny factors. How will I be successful? How will I impact millions of people's lives. I'm eager and impatient to know...but I understand that this is a process not an event.

The next step I must take is to work on my copy/marketing. This is actually very important. I never realized how important was; I didn't even know what 'copy' was...thought it meant copyrights lmao. Oops. Maybe I should work on mastering copy/marketing. That would be cool as F*ck - being able to sell anything. That would set me up for my future. I think that will be the next step. How am I supposed to sell the things I create? I could pay someone to do that for me, but Apple already takes 30% out of my cut.

The first advertisement I ran reached close to 10,000 people. None of which downloaded my app due to those ads. The ads where ran on Facebook (which I think connected to Instagram as well???). 10 people downloaded my app and I believe that it's due to support from my family and friends. I'm grateful for their support, but it doesn't help me determine what's working. // Refer to Ads#1 folder to see two pictures used for the ad.

Today I'll be putting up a new ad on facebook (Ad# 2). This time I changed the copy and changed one of the pictures. We'll see how it goes. My goal is to get 100 people to download it within 3 days. Let's see what I can do. As of today, I have sold exactly 10 units. In three days I want to get to 110. Something I need to work on with this Ad #2 is ASO. This is something a neglected on the first run. Another thing I'll be doing is changing the audience I want to reach. I'm going to narrow it down...specifically to cities in the United States. Let's do this!

After running Ad #2, 9 people downloaded the app. Facebook Ads shows that no one downloaded it via the ads. This leads me to believe that it was most likely due to ASO? I'm not sure. I'll have to research that today. I still have to impact 91 people in 2 more days... it's doable. Out of the 24 hours or so that Ad #2 has been active, 2400 people have seen the ad. I've had only 9 people download the app. And it might not have even been from the Ads.
Don't like ads? Remove them while supporting the forum: Subscribe to Fastlane Insiders.
Last edited: Jul 23, 2018