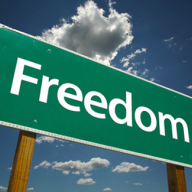 I am a 25 year old university student from Estonia, whose been mildly obsessed with financial freedom for a few years now, but for the longest of time I didn't know where to start and what to do, so I started with books. In September 2017 I managed to get my hands on to "The Millinonaire Fastlane" (big thanks to Peeter here if he happens to be a member and reads this post!). Have to admit that this book was the real kicker! Up until now I was raised to think rather as a simple employee who has to go to university and get a good job, wake up every day 7 o'clock in the morning and get used to it since there simply isn't any other way to succeed in life. During all this time I found it hard to believe, because I was told constantly that in this country no one got rich because of their jobs and salaries and yet there were people who were financially free, rich even. Something felt really awry. At one point I suddenly realised (mostly due to reading and interviews) that those "weird and extravagant" people reached to the top because they created solutions and realised their plans, while working hard - in other words: through entrepreneurship.
And that's how my journey began. A few months ago I started learning programming, photoshop, reading even more books about entrepreneurs, way of thinking and business while stuffing myself with all kinds of other knowledge /skills that might help me in the process.
The story doesn't end here and I would like to tell more, but I wish to keep introductions (somewhat) short.

Good luck realising your goals and thanks to anyone who decides to take time and read my story!
Don't like ads? Remove them while supporting the forum: Subscribe to Fastlane Insiders.

Welcome aboard, I'm seeing that the book has done real well in Estonia! Glad to hear it has had an impact on you. 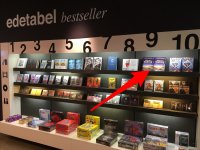