Hello! I am glad to know this forum! 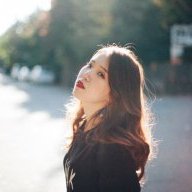 I'm very happy to be a newbie.
I majored in industrial engineering. But i liked to play with computer rather than statistics or quality control. I learned about computer clubs sponsored by Google
and I've been there for about six months. Then I met a lot of developers!
On the team, I was in the front-end role and It was really hard (There were so many people who did better than me)
I did not know then how valuable it was and how much education it was.
Anyway, After that I decided to trust 'What I like' for a year.
I think I've done everything I can on a computer.

Especially engineer, I was able to make music!
Do you know what MIDI is?
(for example, VST & VSTi ... and program such as cubase, abletone live)
I can make pretty good beat in a year! Can you believe it?
I also learned to work with Photoshop (sometimes drawing a webtoon)

Two years after graduation, it was a really valuable period for me.
But.. Two years later, all my firends (who went to university together) went into big companies and I was a job seeker.

I was a little scared to see if my choice was stupid.
Then I met this book!! 'the millionaire fastlane '!
and recently 'unscripted ' was released in my country!

today I read the book. and the book contained the address of this site.

As I read MJ Demarco's book, I realized that my choice was not wrong.
Unlike two years ago
when i was having a hard time, this time.. i am going to study computer language happily.
And I believe that the various skills I have learned over the past two years will help!

I wish I had a lot of good friends here!
People who love music, art and programming are always welcome!