RANT Being Productive During This Crisis

It's no secret we're in a strange time.

"Your grandparents were called to war, You are called to sit on the couch and watch TV" they say.

What a load of shit. Is that really how we want to be thought of? Not as a courageous and brave society, but as a society of wussies and "better safe than sorry"?

This situation has obviously blindsided everyone. Goals and plans for March, April and probably May, will almost certainly not pan out the way anyone expected. Wether it's a concert, a revenue goal in your business, or even finding a job, You certainly weren't anticipating a worldwide shut down in your plans.

Then there's this article from the New York Times: 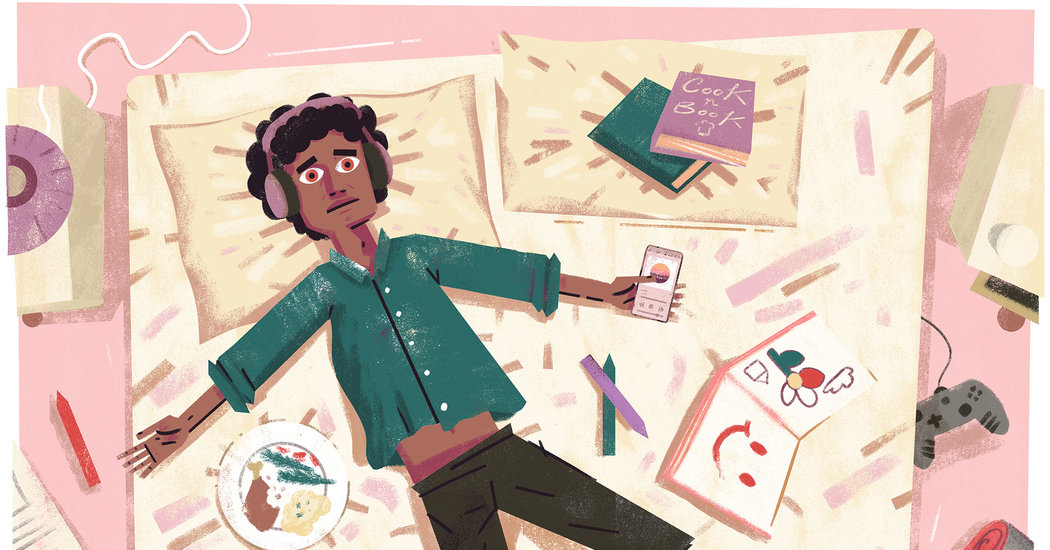 Stop Trying to Be Productive

The internet wants you to believe you aren’t doing enough with all that “extra time” you have now. But staying inside and attending to basic needs is plenty.

Jordan Belfort made a good video response to this article:

*Note, I don't worship Jordan like a lot of people do, I just came across this video and found it insightful.

"Adam Hasham, 40, a product manager in Washington, said that it’s only a matter of time before more people realize that self-optimization in this time is futile. “I stopped seeing the light at the end of the tunnel,” he said, adding that his optimism about the situation had “gone out the window.”

You mean this time when you have all the time in the world and very little distraction? You can't go out to the bar with your friends, you can't blow money on a dinner out, You can't go sit at your friends house and play video games and drink beer.

You have all the time in the world, and people still make excuses.

“I set an hour on my cal every day for a home workout. Then I’d be on calls for three hours, then I’d make a homemade breakfast, take a walk at lunchtime, work on something non-screen-related in the evening, cook dinner and go on a run,” she said. So far, she admitted, “none of this has stuck.”

Did you try making it stick? What did you do instead of these things? Watch netflix? Nothing is open, how else could you procrastinate?

And to end the article off is this gem:

"Finding small pleasures helps, too. Mr. Bailey offered one suggestion: “Get yourself some Indian food and drink a bottle of wine with your spouse. We’re going through a lot and we all just need to take it easy.”

Be a productive human being? Nah, get drunk instead. 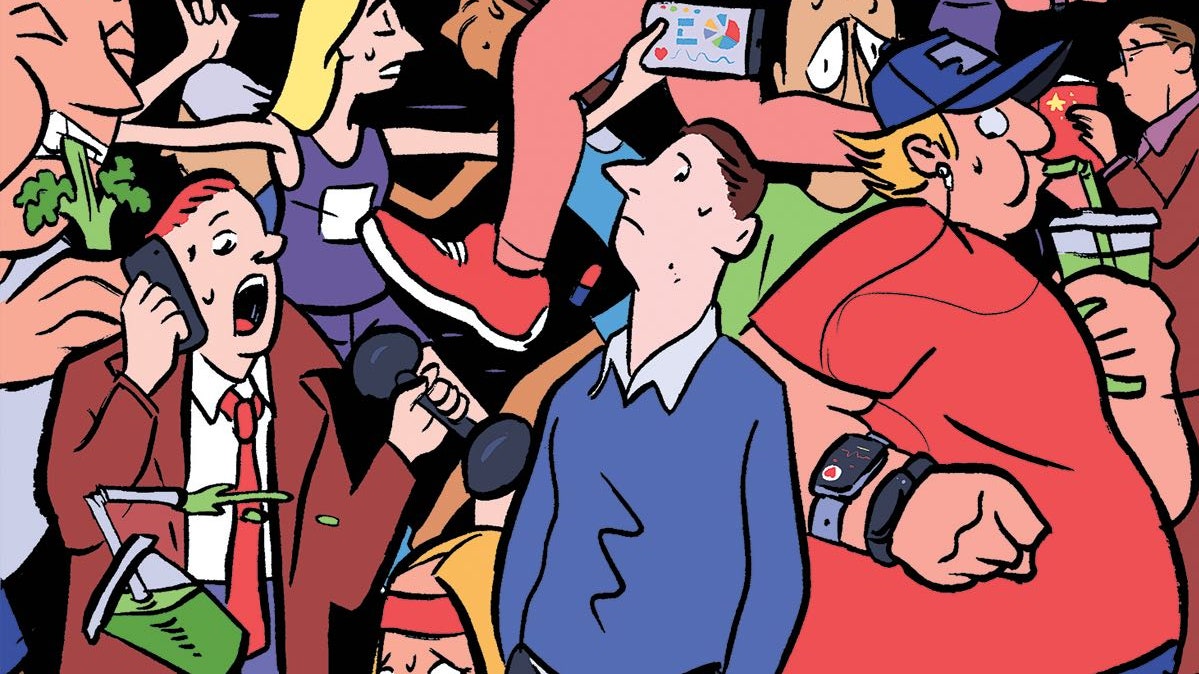 Improving Ourselves to Death

What the self-help gurus and their critics reveal about our times.

"2017 was a pustule of a year, politically and personally; the general anxiety around the degradation of American democracy made it hard to get much done. "

Are you really blaming the president (who has almost 0 effect on your day to day existence) on your lack of action? Maybe you should get of twitter and focus on your own shit show of a life, instead of on whos president, and not "orange man bad!"

How many people became millionaires in 2017? or started a successful business? Or lost weight/achieved their health goals. All under the same political climate that "made it hard to get much done"

All of this is just explaining away your responsibilities. It's giving lazy people validation, excuses to do nothing, and further perpetuate a victim mentality. And as you can see from the snippet above, we come up with some pretty creative excuses.

My point is this: No matter what, there's always an excuse.

Maybe your excuse is actually valid, Maybe you don't have a lot of money right now. Are you going to let that define you? Are you going to just roll over and give up until this all "passes over"? (Note: This will not be a situation where things just pass over in a couple weeks. The effects will last months and almost certainly, to some degree, the rest of 2020 and beyond).

Are you going to just postpone your life indefinitely until things get "better"? And god, please don't tell me you were "waiting for things to get better" a couple months ago. You didn't know how good you had it.

I'm writing this, not from a moral high ground, but from a position of laziness the past few weeks. I've gone through all of these excuses myself. I caught my self slipping into that dark hole of excusing away my responsibilities.

Don't let the Corona Virus be your excuse. Chances are it will have little to no effect on your life any way, and even if it does, You will get past it. The worst thing you can do is let people scare you so much that you stop living your life.

Do something with this time. Learn a new skill, Get a new business started (some inspiration), Take a course (The COVID 19 Mostly Free Stuff Thread). You can take some time to relax, but don't let this downtime become an excuse to do nothing all day.

"Your grandparents were called to war, You are called to sit on the couch and watch TV" they say.

What a load of shit. Is that really how we want to be thought of? Not as a courageous and brave society, but as a society of wussies and "better safe than sorry"?
Click to expand...

I can see how this wouldn't go over well for the younger generation. Although, I know coming from a Military family the sacrifices all my grandfather's paid in WWI, WWII, and my father and Uncle's in Vietnam, and even an Uncle MIA in the Korean War. I think for myself I've never been in the Military, nor my Millennial. We both don't know what that experience.

Fortunately, I don't take it personally, since the Corona Virus isn't a physical military war. And sure, my Grandfather and Grandmother were in the 1918 Influenza outbreak and was 1 years old. My Great Grand Parents were immigrants and farmers. 12 children on both Paternal and Maternal side. So obviously they worked on their farms, were isolated in that area, and didn't have television. Most likely they were baking, cleaning, playing board games, card games, taking care of farm animals, and gardening.

There not mentioning this fact that our ancestors were sitting around just perhaps on the front porch snapping peas or doing something different.
The two worst strategic mistakes to make are acting prematurely and letting an opportunity slip; to avoid this, the warrior treats each situation as if it were unique and never resorts to formulae, recipes or other people's opinions. Paulo Coelho

James Klymus said:
Be a productive human being? Nah, get drunk instead.
Click to expand...

I do my best development work when I'm lit, I'm sure of it.
Founder of DNSimple, vendor of duct tape, purveyor of UDP packets. Erlang. Elixir. Golang. Ruby. Java. JavaScript. Surf. Snowboard. Living life to its fullest.

This is the optimal time to improve yourself. Whoever's not improving themselves is just looking for excuses.

If you can't improve yourself during a lock down, there is no hope in hell you will during "normal times".

MARKETPLACE Fox's Web Design Guide: Earn $100K this year (Yes, 2020!) and Go Fastlane
Just had a personal highlight of the program so far - @GuitarManDan gave a one hour Zoom talk on...
Yesterday at 2:38 PM
Fox

MARKETPLACE How To Create A 100K-1M+ Sales Funnel
While this is a marketplace post marking the re-launch of my popular course “5-Steps to Create a...
Tuesday at 3:00 PM
Odysseus M Jones

MARKETPLACE KAK’s “Kill Bigger” Incubation Program- With DAILY personal attention.
Received, and I replied ;) Hope you will take out more protegesss soon ;)
Tuesday at 10:24 AM
fastlanedoll

MARKETPLACE Lex DeVille's - Advanced Freelance Udemy Courses!
This is your May reminder that you can do this. I'll keep it short. These are the May promos...
Monday at 11:18 AM
Lex DeVille