Spreading myself too thin. Hi from New Zealand 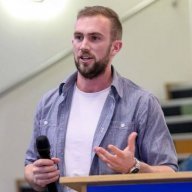 My names Andy, i hail from NZ, notable for the All Blacks, Lord of the rings, and Fish 'n chips.

To give you an idea of timeline, i'm turning 30 later this year. Anyways, all through school i was a super creative person, drawing, sketching, painting, always thinking outside the box and trying different things. Name a sport or activity and I've probably had a go with some varying success. I left school and had no idea what to do so enrolled in a Civil engineering degree. Two weeks in realized i hated concrete so dropped out. At the time i was big into cars (as alot of young guys are) so did my pre-trade mechanics apprenticeship. I got working for a while for Toyota, hated doing oil changes and left. I learned from this that doing what i liked doing for fun for a job wasn't for me. Fast forward a year or two and i had a degree in mechanical engineering and had been working nights doing CNC and machining. At this stage i could pretty much design and make anything i chose too...cool.

I left the tools and got into a role as a sales engineer. Specifically around designing and selling custom equipment for excavators, i always loved diggers as a kid so this was pretty cool. I found though i was hitting a ceiling with where i could go doing this, the company i work for is the best in NZ with long staff tenures and not much room to move up. I wanted to be in the business side of things. Not just the business side for a company though, my driving passion was to be in business for myself...but doing what? I didn't think i wanted to do what i was doing for a day job for myself.

Over those/these last few years i'd been hustling though, buying and selling cars and dirtbikes, fixing them up, doing well out of it, well into the 5 figures a year range, but that wasn't a job or what i wanted to do full time either, it was a means to not be reliant on a single income source.

I decided to do an MBA, i needed to get away from my norm and face a challenge and immerse myself in business, plus my GF was studying in another city so i made the move to be with her and to study at the same time, two birds one stone. I tried to leave work in doing this, they wouldn't have it, and offered me to work as a contractor....sweet, great rates, work form home, ideal!! I've been living in another city studying with the GF for just over 1 year now, bought a house for us to live in in the meantime (great yield as a rental, that's why i bought it, im always thinking investment).

Spreading myself too thin

I didn't know what i wanted to do for myself business wise as i mentioned above. I was always looking for "the thing", the business that was the answer. In doing this i joined teams working on start-ups constantly, i even pitched and won funding for an idea of my own which is still on going. All this while, still contracting, still studying my MBA. I ran out of time to focus on any one thing so nothing in my own business ventures ever really got anywhere. I was always distracted by the shiny thing that could be, constantly imagining the "what ifs".

I'm notoriously a tight arse, i'll be the first to admit it. Early last year i wanted to buy something for myself and was perplexed as to why it cost so much. So what did i do, i decided i could bring in 15x the amount i needed, sell of the the extra 14 units, pay for my own and make some money in the process, was this the business i was looking for the whole time, i didn't think so. However, once i released i was spreading myself too thin trying to build literally 5 businesses at once all whilst working and studying, and really focused on this wee venture of mine, boy did it take off. I'll write a progress thread on this as it's on track to do well into the 6 figure range this year and i spend about 5-10 hours a week on it atm, pretty ideal.

So as of right now i'm nearly finished my MBA (8 days of class left), i'm still contracting, and have a business that's highly profitable an growing like mad. Pretty cool, and as my neighbour always tells me..."your living the dream", i don't fully agree but feels like its certainly heading that way.

Cheers for reading.
Andy
Don't like ads? Remove them while supporting the forum: Subscribe to Fastlane Insiders.
R

Fellow local here. I almost wrote "Kiwi" but I'm a US transplant who has lived here for 10 years now. Welcome aboard!