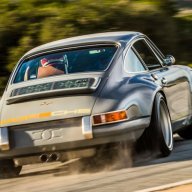 I have a product idea I want to try and bring to market. I'm just about done reading Stephen Key's book One Simple Idea. My idea is automotive related, like most of my ideas, and it's for a specific make/model/generation car - a popular car to modify by enthusiasts.

For the sake of not disclosing details, let's pretend the product idea is a "premium" shifter boot that easily installs over the factory boot - I don't know that this would actually look great but you get the idea. Replacement shifter boots are not a new idea, and shifter boots that install easily over the factory piece are not a new idea (maybe they are, but lets assume they are offered for classic car applications). The materials that will be used for the boot are very common. The way it will install is common. Several companies make shift boots. But the concept isn't offered for this particular application and I believe it would sell very well at a certain price point.

I have a list of manufacturers with great distribution channels that make sense to talk to about building it and bringing it to market. But is it even possible to get a provisional patent for something common like this? And can it even be licensed if it's not a unique idea?

I realize that this particular idea is finite. There will only be X number of the cars produced. Not to mention that there could be/probably will be some copycats. The plan would be to try and license the idea and move on to other ideas - maybe even find more applications for the same idea (or type of idea). I figure it wouldn't hurt to create some kick a$$ Photoshop renderings, file a PP anyway, and go talk to companies to see what they say. Just figured I might find someone in here who had some experience with something like this.
Don't like ads? Remove them while supporting the forum: Subscribe to Fastlane Insiders.
Last edited: May 25, 2018