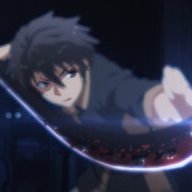 I haven't seen many of them even in my freelance contracts, but a recent business law assignment triggered the issue in my mind.

I'm currently studying English Common Law and Malaysian law (where it has provisions that don't need the latter), and there's a whole legal debate on how much an exemption clause can cover.

For brevity, the following scenerio will fall into the fields of contract law and business (no consumer law?) Probably we still might fall into consumer law, if there are provisions, depending on some countries, but that's for Alice's rabbit hole....

Let's say Peter hires Tom from Auto Inc. to make him a robot to clean his office.
Tom makes him the bot.
However, the robot cleans the house like crap. Contract breach.

However, in the terms and conditions, there's an exemption clause that states, 'We won't be responsible for paying any damages resulting from harm or loss due to negligence of our employees, agents, or assets of Auto Inc.'

(paraphrasing a bit here on the legal writ)

We call this a fundamental breach, since the duty of producing the robot F*cking failed, which is central to the contract.

My first thought was like WTF? You are saying, 'OK, I'm an expert in this field, but if I do something terribly wrong here, don't blame me!'

I'm not sure whether US law does discuss a bit of the extent of exemption clauses, but could exemption clauses cover fundamental breaches? (in real life or as a general rule)
Don't like ads? Remove them while supporting the forum: Subscribe to Fastlane Insiders. 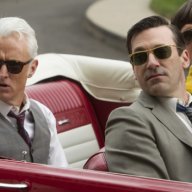 A recently read a Singaporean book on contract law, and from what I read*, the common law rule is it'll be enforced exactly as written. Clauses are always enforced so long as they were agreed to beforehand, and don't break the usual limitations on contracts like being illegal. So they have to sign a contract before the work is started or money changes hands, containing the clauses.

But the example clause you've mentioned is a limitation of liability clause, not an exclusion clause. It's covering cases where the robot unexpectedly attacks people and burns the building down.

An exclusion clause would be something like: "(a) X will deliver a robot to Y that cleans a room equal in standard to a professional cleaner [a warranty clause], (b) if it doesn't do so, X will not be liable for damages". That would be enforced* as written. But it's usually better to just not warrant things like that, and instead word it like "X will deliver a robot intended to help keep a room clean, with no guarantee as to the cleaning efficacy", then breach will occur if you don't deliver a robot, but not if it's not great at cleaning.

The limitations I've read about them are: they must be explicit and specific, and they can't cover deliberate breach.

Statutory deviations from this, from what I've seen, are quite limited in scope.

As for "fundamental breach" it's an old concept and has since been laid to rest as a question of contractual construction rather than law. The one remaining case is deviation, which meant if you're shipping something from A to B and you deviate from that (e.g. you take a holiday in the Bahamas on the way and the goods end up rotten), and the contracting party suffers damages as a result of that deviation, you can't rely on an exclusion clause. That overlaps quite a lot with just deliberately breaching the contract though.

So unless you do something ridiculous like supply them a robot that deliberately makes the room dirtier, you can rely on a court to enforce the exclusion clause. The counter party agreed to it, after all.

* not lawyer, don't know what I'm talking about, etc