3 Tips to Grow an ICONIC Billion Dollar Franchise! ...And How to Destroy it Overnight 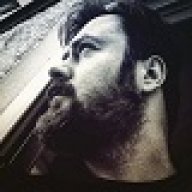 You might not know this, but in 1977 Charles Lippincott completely changed the way the movies are marketed to audiences when he got his big break marketing Star Wars.

The success of the film (and eventually the franchise) is largely in part to him.

Here's three golden tips to grow your own iconic billion dollar company and one pitfall to avoid at all costs!

Takeaway 1: Use Other Mediums to Build an Audience

Lippincott copyrighted just about everything that he could get his hands on and setup deals with Marvel, Kenner and a book publisher to build a fan base before the film was released.

Takeaway 2: Use Co-marketing to Get New Customers

He created co-marketing opportunities and movie tie-ins with brands, television shows etc that had established audiences.

Many of his marketing techniques continue to be used to this day including the use of merchandise, comic-books and co-marketing.

Regardless of what you think about the films or your political stance, it's undeniable that Disney alienates it's hardcore, cash-rich fan-base.Resulting in box office revenue dropping from $2.06-billion (The Last Jedi) to a little over $300-million (Solo: A Star Wars Story).

What's most alarming is that this happened within five months of both films being released. Want to learn more, watch this: View: https://youtu.be/nHhkhIoC0UM
Don't like ads? Remove them while supporting the forum: Subscribe to Fastlane Insiders.