The power of the YouTuber 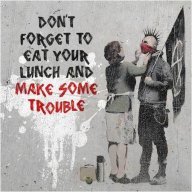 I have two app ideas that I'm in the process of trying to execute, I thought these ideas out a lot and still do.

One reason I'm so exited to get these apps developed is because I have thought through about how I would market it very well and one strong part of this marketing would be to use the power of YouTube. This won't work in certain community's but these two ideas in particular have a strong YouTube community and I see the apps being marketed best through you tubers with 50k + followers. This is something I have always assumed is a great way to market but I saw it happen with an app called GamerLink there may have been some other marketing going on in the background but I myself heard about the app when a gaming YouTuber plugged it (btw this was a great app it filled a huge gap for gamers like myself) so naturally I downloaded it.

When signing up to use it, the form asked who I heard about the app through there was a massive selection of well knows gaming YouTubers that had all been sharing this app with their viewers. I signed up to the app in early stages I know this because there was minimull traffick, I actually lost interest in it for that reason but less than 6 months later the app exploded and there are a lot of people using it to find other gamers playing the same games they are.

My concepts are not in the gaming community but they are quite similar to this idea in terms of the size of the app and how it works as a middle man.

My question is has anyone here used YouTubers to market their products before? And if so how did it work for you? In an ideal world some YouTubers I would like to think would just be happy to plug the app because it's something they can get exited about but if that's not the case what kind of deals would you make with said YouTuber? I assumed some kind of % deal where if they have X amount of thier viewers sign up to the app they get X amount of money.

I'd say that if you're willing to spend money just make a PPI (Pay Per Install) Facebook campaign.

If the app is good enough someone somewhere will make a video about it.

When that happens engage in the conversation as a value provider/giver.

I haven't done this personally so this is just my perspective about it and how I'd approach it.

I'd say that if you're willing to spend money just make a PPI (Pay Per Install) Facebook campaign.

If the app is good enough someone somewhere will make a video about it.

When that happens engage in the conversation as a value provider/giver.

I haven't done this personally so this is just my perspective about it and how I'd approach it.
Click to expand...

Yea I suppose that would work just as well but I think some youtubers would be happy to except something other than money.

Say for instance your app has a monthly sucripton or some kind of app currency maybe they would be happy to plug the app to thier viewers for something like that in return.

It just makes sense to me because you know that by contacting the right youtubers, you know you will be reaching out to the right marketplace.
E

As a YouTuber I can confirm that I am a person. And I prefer to be paid upfront to promote the products of others. YouTube is my main income, so virtual currency wouldn’t cut it for me. Using YouTube I have helped others makes hundreds of thousands in sales and have been compensated well for it.


Sent from my iPhone using Tapatalk
Don't like ads? Remove them while supporting the forum: Subscribe to Fastlane Insiders.