Really tried to get the true facts, happy to share something I have found useful

Say "NO" to mediocre living rife with jobs, ascetic frugality, and suffocating savings rituals— learn how to build a Fastlane business that pays both freedom and lifestyle affluence. Join our forum with more than 70,000 entrepreneurs who are making it happen.
Join for FREE Today
Get the books
Remove ads? Join Fastlane INSIDERS
(Registration removes this block)
For any book discussion
Sort By Best Posts
E

I made this thread for the reason to share something that I honestly think many in this forum can find useful.

Assuming, if you agree that role models are important, of course. But I think you do agree, because if you think about it, otherwise any of us would be like the first caveman? Like trying to figure things out thru experiments, inventing the wheel, etc.?

But yea, experimentations are needed to get things further; but I believe there are lots of fundamentals (things that won't change much in time, or nearly won't change at all) that have been discovered as to how to experiment more successfully, and by first, not experimenting with that which is already been experimented with unsuccessfully.

There are a number of things that have to be operating at the same time to give the emergence. Like, sometimes there's just a few things that are missing to allow the desired emergence to take shape.

It is pretty known as a fundamental in physics that, for instance, temperature goes down. Nothing really happens. Until it goes below 0 degrees. Then ice happens. That kind of stuff.

The stuff I came to talk about here, yea, is what kind of product to build and how to go about what product to build, but mostly the thing is that when you have built something that is meaningfully useful to a lot of people, then the question really becomes how do you go about building it to all of those people and convince them to get it.

Figured that the best way might be to find those people who are the best in the world doing this. Not some pretty good but really, I mean, the best on earth. I was thinking what kind of things do they do that is meaningfully different from that which most do. I mean, we all have the same amount of time and we all spend doing stuff with that time.

So I went for a search to find out about this. Spent more than two and half months on that. Then figured that I am spending so much time researching, that only 5% of what I have plowed thru is valuable of the rest of this 95%. It actually was most insightful when I just looked what I considered something that was fundamental, of one guy, then another guy, asking HMN? between.

I really didn't get that much value in comparison of the value I got from having those nuggets of wisdom all at a quick access, and drawing insights out in connection of owns life experiences. I was wondering, "What are the things missing in my behavior? What is something I'm not doing that I need to be doing some of my time?" What kind of attention to put more value to in order to spend this limited amount of time that I have each week to get all of the things done that the emergence requires. That kind of stuff.

The way I named this is insane. For most people. I mean, if I'd go to my parents telling about such a think I came up with, they'd probably say that I should not spend time with "pipe dreams", or whatever limiting belief they are having that closes the door for their mind to ever consider doing certain kind of things that aim too high.

I think giving all the stuff here or anywhere else ain't so appealing. I know that money is something that people use to show what they value. You wont go very high if you give useful things that you create away for free. If create something useful, you can invest it back to creating more useful things. So nonprofit, in most cases, seems unwise option to do things. But none the less, this thing won't sell to many people anyway because most people ain't interested in such matters (like I mentioned my parents earlier above). Actually, I made this material quite some time ago and it didn't sell, and I took it off from the channels. One year later when I was down and I took the book that emerged from this research at on my hands, I saw that the design was very lousy looking, bad first impression, but then when reading it I realized that hey, even if it doesn't make any sales it is the kind of thing that should still exist out there to be a benefit for other people like myself.

So I took a few week to redesign and fine-tune to make the end result as great as I was at that time able to imagine. The result is, umn, can't type it here. Well, actually, this is legit I guess. I mean this is useful thing and it feels wrong that I should't share it just because it has a price tag of nine dollars. I mean, it's very legit but none the less, I'm going to write it like so. It's at amazon and it's us version, meaning it's dotcom. And yea, if you think it might be useful then yea, it's not so easy to go there. Like you have to type stuff manually. Like, at the main site as I just described, at the end of the address type slash (that symbol of slash) dp and another slash and then the number. I guess that you can copy the number, which is 1981909441. Yea it's super hard. But you figure it out, should you think it might be useful.

Other such kind of things on the subject (at least those what I have checked) in my opinion have little to no value for at least people like myself not interested in things simply "out of curiosity". Those are created either by people who simply want to make some money from selling the thing and they are not really being interested in the doing what they are attempting to write of, as they do not have purposes of such but simply seek to make some money out of a subject.

Or by those similar to previous but even worse meaning they have got some sort of higher education (like academics, Phds., etc.) and they write it from academics perspectives (those who forever observe things, spreading all sort of limiting beliefs of their own in their books, - such as why things are not possible, meaning that they simply do not see a way to do something themselves and then they call it impossible, which is simply one limiting belief that unfortunately most people possess to name one).

So, here's what I think, if you honestly have high ambitions and will see value in taking some one or two days worth of time like I said to generate ideas and insights based on what you have done so far and where you want to go, then yea, definitely should give this kind of thing, by doing this kind of thing, a try. And with that said, I wish you all here very happy and wealthy new year! Cheers!
Don't like ads? Remove them while supporting the forum: Subscribe to Fastlane Insiders.
Last edited: Jan 3, 2018 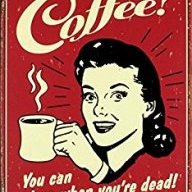 I have no idea what you just said, but if you wrote a book like this, hmm....
E

scott.legendre said:
I have no idea what you just said, but if you wrote a book like this, hmm....
Click to expand...

Did some editing just now. Was sort of early draft. Tried to jot down the raw stuff straight out from my mind which I considered relevant, to get important stuff to written word.- and yea, the first half of this came out a bit vague with the very first attempt yesterday.

All-in-all, did some editing to that just now. Found the first half to be bothersome; the second half was mostly fine and didn't do any editing there.
Last edited: Jan 3, 2018