Question about the Commandment of Control

Say "NO" to mediocre living rife with jobs, ascetic frugality, and suffocating savings rituals— learn how to build a Fastlane business that pays both freedom and lifestyle affluence. Join more than 70,000 entrepreneurs who are making it happen.
Join for FREE Today
Get the books
Remove ads? Join Fastlane INSIDERS
(Registration removes this block)
Anything related to matters of the mind
Sort By Best Posts
G

To quote this own site, "As an entrepreneur, you want to control your business whereas no one entity can put you into bankruptcy." Does this mean that you have to have a controlling interest in your business where you get to make every single major decision no matter what because of voting rights? A famous example of violating this would be the fact Steve Jobs was fired from Apple even though he helped found it. Does this force you to know every single skill in business (i.e. marketing, human resources, finance, operations, etc.) because you're the one making decisions and not have any legitimate partners (they're more like passive investors)?
Don't like ads? Remove them while supporting the forum: Subscribe to Fastlane Insiders. 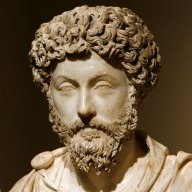 Have you read MJs books? Imo control is more about external factors than the fact that you as the CEO controls everything within the business (good luck with that if you want to build a big company with many employees...).

MJ has many examples in his book so check them out.

A simple example of missing control is a company that sells all of there products only on amazon or at walmart. If amazon/walmart kicks you out you go from hero to zero.
The most effective way to do it, is to do it.​
M

Generic_Username said:
A famous example of violating this would be the fact Steve Jobs was fired from Apple even though he helped found it.
Click to expand...

At that point he was filthy rich and already Unscripted . He was in that position to foster his visions for the future. And when he was let go, he went off on his own and continued with that vision. Amazing what "FU" money can do...

The COC is more in reference to small businesses and risk mitigation. When you allow 1 entity to control your entire income stream, you're violating control and accepting some big risks. It's really no difference than a job, instead of an employer who is in control, it's some other patriarchal company.

That said, that doesn't mean you cannot make a fortune and still violate control. There are many entrepreneurs who get 1 paycheck from Amazon, but are doing quite well. And if a control apocalypse happens (Amazon has terminated your account) they've already made significant money to buttress the occurrence.


MakeItHappen said:
A simple example of missing control is a company that sells all of there products only on amazon or at walmart. If amazon/walmart kicks you out you go from hero to zero.
Click to expand...

Ditto. COC is about 1 entity, 1 person who says, "You're done" and suddenly your income goes from SOMETHING to NOTHING. It's like getting fired.

Hope this helps. Welcome to the forum.