Introduction from a FL lurker 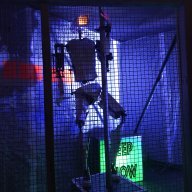 So I’ve been a bit of a lurker (on and off) over the last few years (I read MFL a while back). After not visiting the forum for a while I somehow came across and read Unscripted , have just finished it and thought it was time to step out of the shadows and introduce myself. Sorry for the long post, but here we go...


I’m a 30 year old guy from London, England who currently works in digital marketing. In early 2013 after becoming sick of working for my corporate slavemaster I decided to start my own business and drag myself out of the prison I found myself in. My idea at the times was to go the dropshipping route and create an ecommerce business that had more autonomy than my current office job. I had zero experience of designing websites or anything else that came with it, so I had to teach myself. Indeed everything that I know now regarding digital marketing was self taught from that period.


Things were slow to start, I had no money so everything was done with probably no more than £400 to start with. After my first sale I decided to put everything back into the business so I could grow it. Now you’re probably thinking dropshipping isn’t the best way to go to start a new business as the margins are generally very slim, meaning you usually have to have large volume to make anything substantial. However I had found a fairly lucrative niche with lower competition than most other markets. I was also accepting bitcoin as payment, as it was still quite new (I was one of the first 100 business in the world to accept it as payment in exchange for goods) the majority of my sales (over 60%) ended up being in bitcoin. I was pretty happy with this as I knew they would go up in value over time.


Things went fairly well over the next couple of years, as the website grew I decided to branch out and open a couple of other websites, all using dropshipping but selling different products. Things were going well, but then life decided to throw a bag of spanner’s at me...


It was mid 2016 and I was having a few family issues, the stress of this then resulted in me developing carpal tunnel, which became so bad I couldn’t even doing something as simple as sending a text message. Shortly after this all 3 of my websites were hacked, along with my email account, and my bitcoin wallets were emptied. At the time, the loss was about £25,000. Over the next few months the price of bitcoin then exploded, meaning my losses were closer to £250,000... My carpal tunnel meant I could do nothing to rectify it, and I could only watch in horror as everything I had built over the last few years came crashing down around me.


Let me tell you, as someone who has come from nothing, that this was really hard for me to deal with. I felt like a complete failure, and my misery was compounded by how F*cked my hands were at the time. It was a truly depressing point in my life.


Fast forward to now and thankfully my hands are now healed, but I still don’t think I’m fully over what happened. I work 4 days a week in my slow lane job (I’m a digital marketing consultant) and then freelance for another company in the other day I have spare.


I’m currently working on creating a Saas product as my previous ecommerce journey has left me feeling a bit disillusioned with the whole thing, I found its a huge amount of work for quite little return, so kudos to anyone here that has the willpower to persevere with it. I realise now that what I had actually done was create another job and not something that was fastlane or unscripted .


So that’s me in a nutshell. Sorry again for the long intro and I look forward to hopefully contributing something useful to the forum

Welcome my friend! Thanks for sharing your story. 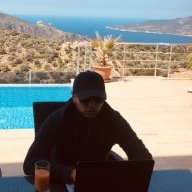 Wow to come back from that takes some real courage and motivation. Best of luck with your journey.