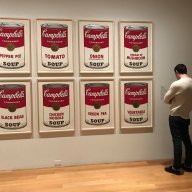 What's going on everyone!

Super excited to have come across this forum - found it after reading MJ's TMF (hands down one of the best books I've EVER read).

Just wanted to introduce myself as everyone has done!

My name's Chris, I'm from Toronto, Canada. I'm 22 and have been interested & involved in entrepreneurship since high school.

I went to one of the top universities here because I thought thats how you made tons of money (wanted to be in IB), BUT hated it & thought school was the biggest scam in terms of business so left... Well, went back again... and left... then again... and left...

Took me 3 times & 3 different schools to finally get rid of the conditioned mentality of 'go to school, get a job' AKA the slowlane life.

My first start in entrepreneurship was a clothing company in high school. Didn't do much, actually just resold a shit ton of shirts and snapbacks because they were super big back then and didn't see it as business.

Started learning about stocks and futures also and began trading. Then went into FX and made a little bit but not much, issue was I didn't have the money to trade & didn't give it my all either.

Got involved with a startup which i helped found, got involved in an incubator where I got to have access to one of the Google buildings here, which had numerous other startups and big names where I met tons of people & realized most of these high level people didn't even go to school (LOL)! Turns out we all had different focuses, the other co founders wanted just the status and didn't care about the business, and wasted all the funding we received on dumb shit.

Finally stopped messing around & just focused on working at my minimum wage job (assistant manager at a supplement store) & devoted everything to reading, learning, listening & courses.

Got into drop shipping and had a few different stores on shopify but never really made much money just couldn't manage to get it working.

THEN I hit the wall... I had the 'nothings ever working why am I even wasting my time on doing this' phase for about a year and a half.

Then came April of this year, I found out about SMMA & took a course, worst thing I've ever purchased. Got out of that environment and decided to fully commit and give entrepreneurship my everything. Changed my entire life from waking up early, having a schedule, devoting all my time to learning, getting rid of most of my friends and the social aspect, and just going all in on this. I liked the idea and concept of SMMA so I bought another course (Jeremy Haynes DMM) super dope one, and just started trying to learn as much. It was actually starting to work!

I found this 'coach' in one of the course groups I bought on Facebook & a few of his 'students' I knew kept saying amazing things about him so I got on a call with him, he seemed dope and waaaaaaay different than any other 'guru' so I decided to give it a shit.

Did it for 2 months, 5k later and didn't get shit out of it. I was all in with it but turns out he was becoming lazy where he removed the 1 on 1 coaching and made it a group setting for a few hours with all the other students. He also totally got rid of teaching us how to really make a successful agency, as he did, and instead work for his company as a specailist in an area... AKA a job.

Got out of that, and now just still focusing on SMMA as I actually love the concept and the personal connection you have with clients. Rather than being behind the screen with e-commerce you get to cold call, do various forms of outreach, meet, grow a team, all the things of a real business.

Currently just reading a ton of books on entrepreneurship, mainly focusing on sales & negotiation, and heavy books like TMF & the personal MBA. SUPER happy I learned about this forum & will be on this all the time, but currently trying to grow my skills and develop streams of income and a fast lane over some time!

I will be posting a lot and sharing all the knowledge & experience I have gained so everyone can benefit, as I really believe in sharing all I know with everyone. I know most people won't do it like you always know so I'm not feeling at a loss, I truly want to help people & 10000000% believe in you as a person make choices and are responsible for yourself. You can get all the info in the world but if you don't do anything with it then thats your fault.

Thanks so much for letting me in this and having this community! If anyone has questions or wants to talk about social media marketing or digital marketing be sure to ask and ill share anything I can!
Don't like ads? Remove them while supporting the forum: Subscribe to Fastlane Insiders.