Interesting article from Fortune Small Business, it's not new but I just found it today.

Zero to $1 billion
A new study shows that companies that spurt from saplings to giants tend to share the same seven traits. How does your business stack up?

Wow, many views and no comments? This is an incredible article of fastlane proportions ... speed +++ for you.

I don't have time to read it now, but I will later. Thanks for the tip on FSB.
You have to let it all go. Fear, doubt, and disbelief - FREE YOUR MIND.
A

Thanks for sharing this article i found it to be very interesting.
R

Great article. Had a read last week and ordered the book. Haven't got round to reading it yet.

"Blueprint to a Billion" by David Thomson

"Thomson's findings are intriguing in part because growth is such a central American value. The wagon trains that traversed Thomson's hometown of Kansas City in the mid-19th century were driven by families who believed that it was the manifest destiny of the U.S. to expand to its geographical limits. A few decades later Americans devoured Horatio Alger's novels about plucky working-class boys who built great business fortunes on little more than brains and moxie."
"More money has been lost reaching for yield than at the point of a gun."

In. So I can read later

More people need to check this out! One of the best articles I've read in a long time!
I'm not talented, I'm obsessed.
G

Very interesting article. One thing that struck me on a side note:

"A few years ago Patterson became unhappy with what he saw as Cerner's declining work ethic. So he fired off a petulant e-mail to his top managers. It read, in part: "The parking lot is sparsely used at 8 A.M.; likewise at 5 P.M. As managers - you either do not know what your EMPLOYEES are doing; or YOU do not CARE ... In either case, you have a problem and you will fix it or I will replace you." As a remedy, Patterson ordered managers to start scheduling meetings at 7 A.M., 6 P.M."

This is the problem in working for a company. They think, and often do, own your arse. It doesn't matter how efficient you are and how much work you get done during the working day bosses resent you turning up at 8am and leaving at 5pm.... 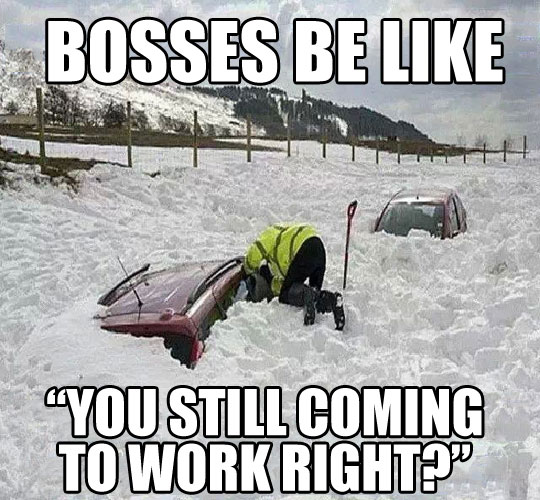 -
The biggest problem encountered while trying to design a system that was completely foolproof,
was, that people tended to underestimate the ingenuity of complete fools. - Douglas Adams
Progress thread here
“Once you replace negative thoughts with positive ones, you’ll start having positive results.” – Willie Nelson

@Raoul Duke that video was fantastic. A lot of great key information that already helps me with, starting with redefining my business plan and client approach. btw, do you know where I can see this checklist scorecard of his? he mentioned it somewhere in the middle of the video but did not mention his site

Great article. Thanks for sharing, and the bump.


My takeaways (my own underlining):


"After interviewing dozens of executives at billion-dollar firms, Thomson boiled down their management practices to what he calls the Seven Essentials. Some of these principles are strategic: Create a killer value proposition. Some are operational: Manage for positive cash flow from the start. And some involve leadership: Hire a second-in-command who can take care of the day-to-day while you think big picture."​
...


"The Cheesecake Factory must be doing something right. It has spent "little or no money on advertising" over the years, according to Overton. Positive word of mouth, it seems, is driving its torrid growth."​
...


"So you've got your killer idea and you operate in a market that's big enough for you to really grow. What's next? In their early days Blueprint companies attracted what Thomson calls a "marquee customer," whose high profile and reputation opened doors to new markets. Landing that whale requires more than just salesmanship, however: The trick is to find one who effectively takes you on as a partner to help transform your organization. Says Thomson: "You need to find a client who is willing to take risks and innovate with you on your journey.""​
...


"A great strategy and terrific customers will only get a business so far. All Blueprint companies also need a special kind of leadership that Thomson has dubbed "inside-outside management." At Cerner, for example, vice chairman Cliff Illig characterizes himself as a hard-core tech nerd ("That's a term of endearment around here," he notes) who focuses on internal operations and financial matters while the company's charismatic chairman and CEO, Neil Patterson, spends much of his time on the road, working client relationships and playing the role of health-care visionary."
​
...


"... most Blueprint companies are the exact opposite of all those tech startups that flamed out back in the bubble days. "The customers finance the business," says VC McNamee. "There are just too many people who believe that the path to success is, Get a pile of press, then get a pile of venture capital money, and then get a pile of customers. That's exactly backwards."​
Unexpected corollary: Blueprint companies get extraordinary value from their boards. Most startups populate their boards with insiders or with investors who want to keep an eye on their money. But because Blueprint companies tend to finance their own growth, they are able to stack their boards with successful CEOs and industry experts who offer deep experience and contacts, help bring in business, and give shrewd advice. Once you have that kind of expertise at your beck and call, all that's left is to pull out your blueprint and start building."​
“Never worry about numbers. Help one person at a time, and always start with the person nearest you.”
(Mother Theresa)

All my forum threads

Was searching for more information on the author, David G. Thompson, and found out he passed away a few years ago. RIP.

http://dwjohnson.tributes.com/show/David-Thomson-94253987
"More money has been lost reaching for yield than at the point of a gun."

Thomson doesn't tell you how to find that killer idea, although he does suggest that the next set of billion-dollar opportunities in the U.S. might lie in leisure products and nursing homes for aging boomers, along with energy, natural resources, specialty chemicals, and semiconductors for consumer gadgets. Our increasingly harried society is also likely to embrace any time-saving product or service.

Thanks, I have it ready to read.

interesting read !
Either you're committing or bullshitting!

MARKETPLACE Fox Web School "Legend" Group Coaching Program 2021
I thought I would post up the first video from the newest 2021 program content... Just a...
Friday at 5:37 AM
Fox

MARKETPLACE Kill Bigger Incubator
I have not offered one of these in a while, but it looks like I have time to take on an...
Feb 23, 2021
Kak

MARKETPLACE You Are One Call Away From Living Your Dream Life - LightHouse’s Accountability Program ⚡
Hi Andreas, It is per month, with the first month being half. This is a great question, I...
Feb 17, 2021
Andreas