Where to Learn to Code? 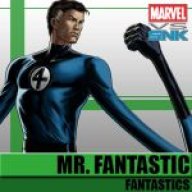 To anyone who has a computer-based business, how did you guys start out? What age did you guys start? Where did you learn to code? I have a great App idea that I hope to develop with a help from you professionals. Any advice for a young entrepreneur on where and how to get started? Especially in computer-based business. Leave your ideas below and thank you very much!
Don't like ads? Remove them while supporting the forum: Subscribe to Fastlane Insiders.

Those are great areas to get you started, but if you want to get serious, figure out exactly what kind of "code" you want to learn and look for the best resources on that.

For example, the Rails Tutorial by Michael Hartl for ruby on rails or freecodecamp for Javascript are great, in depth resources.

Of course, once you get a great foundation from all of the above resources, the best way is to actually code and work on stuff, and look up things you get stuck on. 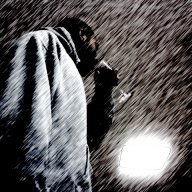 I don't have a business around coding, but I am learning Machine Learning / Deep learning using Python.

I am using Udemy, books, YouTube - which are enough to cover the basis - + practice.

Once you have the basics down, jump to practice. Can't stress that enough. I wasted a month getting good at the theory and got a big slap when I moved to practice.

And for God sake, don't try to reinvent the wheel. Use order people code (but understand them first).
Don't like ads? Remove them while supporting the forum: Subscribe to Fastlane Insiders.
Last edited: Apr 19, 2018

I'll tell you how I learned. My father was a computer engineer. In junior high I learned WordStar on CP/M on computers he brought home from work. In high school I read Papert's book, the K&R book on C, the Turbo Pascal manual, and just about every issue of Byte, Computer Shopper, and some other magazines. Dad, my brother, and I read the Scientific American series of articles on Conway's "game of life" and on fractals, and wrote code to implement those on the PC Dad brought home from work.

My circle of friends included owners of several types of machines: Apple, TRS 80 and a CoCo, C64 and 128, and Amiga. Some of these friends and I spent time typing in code together. The high school computer class used TI-99/4As. I drew out my sprite designs on graph paper and figured the hex codes for each column of bitmaps. I hoped to split the cost of an Atari ST with the buddy who gave me a copy of the MIDI spec, but he wasn't interested.

At a summer job I used Hypercard and someone showed me around Unix a bit. In college I had excellent classes on algorithms and data structures, again in Pascal, and read just about every issue of several computer magazines as well as several more books.

At jobs I saw things that worked, and things that didn't work. I wanted to learn more about WHY the things that worked were technologically successful. Occasionally the people involved could suggest a few tips, but they were usually too busy for much mentoring. I also wanted to learn more about WHY the things that kept breaking were so poor, and WHAT would be better. All of these questions got me going to the university library to find as many answers as I could. When I found something that might work better at work, I was considered a terrible troublemaker for not saluting the emperor's grand outfit.

The computer industry is nasty to its own history. Most computer problems that are considered terrible in any year, were actually solved well a few decades ago by people who weren't very good at promotion. In music or literature or art or even plumbing, "our legacy" means the wonderful work done by the giants on whose shoulders we are so lucky to stand. In computers, "legacy" means "the old crap the previous person in this job bought, which I have to throw away because it's not cool enough any more."

There are relentless fads and fashions sold because someone can profit from them. In dresses, hemlines are higher one year, lower in another. In computing it's just as much fad and hype driven. One year we're using model-view client-server stateless architecture, another year we're using reactive code inside virtualization containers because that model-view stateless crap breaks, and it's so last year. Next year we'll be stateless again, but this time using Node in Docker so it's so much cooler than last year's reactive virtualization. There are few truly new paradigms or new concepts, but there's endless churn that lines someone's pockets.

I believe that it takes a certain way of thinking to succeed at code, and it's something not everyone can do well. I recommend you try out a cross section of different intro classes - include, if you can, Python, Smalltalk, Lisp, Javascript, SQL - to see if there's something you absolutely love to work with. The great thing about learning this today is that there's plenty of FREE courses, videos, compilers, and groups of fellow learners.

If none of this floats your boat after a couple of years of dabbling, that's not a problem, there are plenty of people who are awesome at code and don't know how to find a business opportunity. If you can understand what it means that they need to iterate a loop and that will take a certain amount of stack space, you'll be a much stronger boss or patron of your code monkeys. 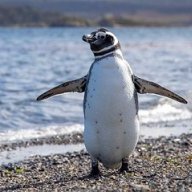 Basically that is is it but I would add learncodethehardway.org/

Nobody has mentioned it yet, but for the text editor you use I would recommend Brackets or Atom. They were both free the last time I checked and are both really good text editors. Good Luck! 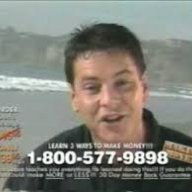 I would start off with being a full stack web development first (client side:html, css, jquery, java, server side

hp mysql ruby,etc, then migrate to app development. This pathway is much easier, trust me. I wasted months on trying to learn swift with no prior programming knowledge, now it makes things a lot easier to understand.
Don't like ads? Remove them while supporting the forum: Subscribe to Fastlane Insiders.
Be better by .0025% than you were yesterday and good things will happen 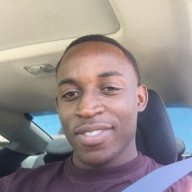 Udemy is a great place to learn. The abundance of courses on that site creates a healthy competition among instructors hence better quality. 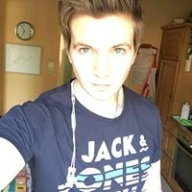 I would recommend udemy. I went from abso-no-fkn-idea what code is to first workin beta version of a habit building app with realtime database in the backend within 3 months. But you wont have a lot time for other stuff during this time, tho.

I now develop the next version for this app with a freelance coder to get some speed in and learn from him. But I can do a lot of busy-coding-work myself and thus save dev costs.

I would recommend starting a udemy course and code along. If you want to code for iOS you HAVE to take the course of Angela Yu - she is awesome and its everything you need. If you have fun coding along and have a netflix like craving for the next lesson, you might have what it takes to endure the "no feedback development desert" that will come after starting to develop your app. Sounds a bit negative. Its very rewarding to see your app grow, tho. So its not such a tough journey through the desert... 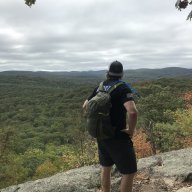 I’d download Django or Rails and go through they’re tutotorials.

I’d practice syntax, the intricacies of the language and the fundamentals of computer science regarding time complexity, data structures and algorithms on CodeWars and Hackerrank.

Download google chrome and create an index.html file with your favorite text editor. I like atom. You can then open up the chrome inspector cmd + option + I on your Mac or just back click and inspect otherwise.

In the terminal and in your project directory type open index.html - that page will open in chrome. You can inspect it and then fool around with html and css. Add some JavaScript if you’d like.

I’ve learned the most sitting next to senior engineers at work. If you love it, get a job doing it. You can get work just by teaching yourself and then you’ll be paid to learn.
Don't like ads? Remove them while supporting the forum: Subscribe to Fastlane Insiders. 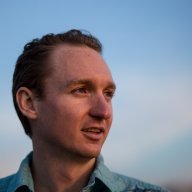 I've had a number of friends do coding bootcamps with good results. A good friend did ADA developers acadamy, another one app acadamy. More expensive and more intense, but a good option.

Here's a list you could checkout: Coding Bootcamps - The Best of 2018

powderhound100 said:
I've had a number of friends do coding bootcamps with good results. A good friend did ADA developers acadamy, another one app acadamy. More expensive and more intense, but a good option.

I did app academy. When did your friend graduate?

AustinS28 said:
I did app academy. When did your friend graduate?
Click to expand...

I think 4 years ago or so, but unsure. More of a friend of a friend tbh and he was already done when I met him.
Don't like ads? Remove them while supporting the forum: Subscribe to Fastlane Insiders.