Trivia: Is the Federal Reserve run by the US government? 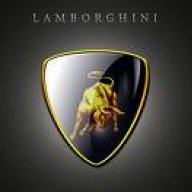 Just to get you guys thinking 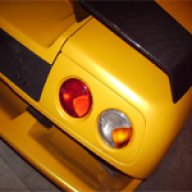 Re: Trivia: Is the Federal Reserve run by the government?

No.:smx7::banana:
Money doesnâ€™t make you happy. I now have $50 million but I was just as happy when I had $48 million. - Arnold Schwarzenegger 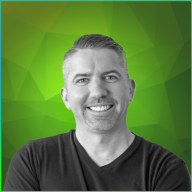 Re: Trivia: Is the Federal Reserve run by the government?

:iamwithstupid:, i think L/P had a long topic on this. Maybe it was f-chat.
Productivity problems? Stuck and can't get moving? Stressed and overwhelmed?
You Are One Call Away From Living Your Dream Life -> LightHouse’s Accountability Program

RAiMA said:
Just to get you guys thinking

Nope, as I have heard it explained, "The Federal Reserve is controlled by the government as much as Federal Express is." It's an unaudited, private institution that controlls the money of the United States. Not positive about this, but that's what I've heard.
Don't like ads? Remove them while supporting the forum: Subscribe to Fastlane Insiders. 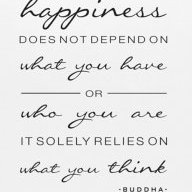 ummm.... what happens to interest rates on election years?
Be. Do. Have. (In That Order)
W

Guys, there was a long discussion on this at LamboPower and it was closed because this discussion, while maybe not everyone means for it to, leads into the anti-Semitic "The Jews control the world" type of argument. Best to just leave it alone.
T

It is not officially run by the US guv. That supposedly protects the independence of Federal Reserve policy decisions.
Keep in mind... Australia's RBA is the same as the US Federal Reserve as well... I don't see anyone complaining

.
The French state controlled their own central bank. Looked how badly they screwed up in the 80s heh. By this age in human society, I don't think it matters whether the central bank is privately or publicly owned. Plenty of state owned central banks have screwed up BIG(Russia, France, and so on). And the Federal Reserve and RBA are still doing alright.
Before we get into a discussion of how money being controlled in private hands is bad...(Oddly there was a discussion about a national banking system in the 1800s...)
Consider this, what complaints do you have with the Federal Reserve?
Jot these down on a piece of paper.
Then consider this, who were the perpetrators of the mess?

Let's see...
S&L Loan crisis(not the Fed's fault, this was actually more or less caused by regulatory forbearance from 100% state-controlled institutions)
Hyperinflation in 1970s(this was more or less due to runaway spending by US Congress, and other factors like the 1972 drought)
1987&89 Market crash(definitely not the Fed)
The "devalued" Dollar(well... the US had been experiencing Dollar crises since the 1960s, till it finally broke up with gold in the early 1970s. Besides, the landed shouldn't complain about inflation because they buy real estate on leverage, so they're getting ahead of inflation anyways. The poor shouldn't complain about inflation either. People know about the ancient Greek statesman Solon, but how many know that before his institutional reforms, he first devalued the debt the have-nots were obliged to repay?)
Dollar losing ground(the USD was so strong in the 1990s attracting a huge amount of capital. Especially from European countries... it became a safe haven as Europeans were about to switch to the Euro and lots of under-the-mattress money had to be accounted for. People swapped their currencies for Dollars instead... So now the USD falling a bit is normal after beating the Euro to the ground)
Organizing a bailout of LTCM(Ok, lots of people dislike this one, because they think that LTCM should've been let to fail. I agree. But that's hindsight. When you're told that Russia is being insolvent and that this huge hedge fund run by a bunch of geniuses has a hundred billion in assets and trillions in notional off the book derivatives, won't you get a little worried? The whole environment is so panicky... The Fed restored confidence without even putting their own money in it. Not bad.)
Don't like ads? Remove them while supporting the forum: Subscribe to Fastlane Insiders.
T

Bailing out Mexico in 1982(Ok, so they bailed out a bunch of bankers who made stupid international sovereign loans(oh yea some even lent money to North Korea, go figure). What should they have done? Let the whole system collapse?)

Now one thing that people don't often mention, was the Fed turning loose the monetary spigots in the second half of 1999, because they anticipated deflation due to Y2K and added more money into the money supply in order to keep prices steady.( from Jim Rogers) Instead all that money went into stocks. This was actually a worldwide phenomenon... Europeans were doing it as well. 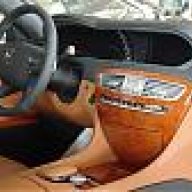 No, and I agree with WheelsRCool
D

they are 2 seperate groups. the Fed Reserve is a privately owned bank ran by it's board. america is indebted to them. pick up the book Creature From Jekyll Island, written by G. Edward Griffin.
Don't like ads? Remove them while supporting the forum: Subscribe to Fastlane Insiders.