Today's my birthday. I couldnt be more disappointed. 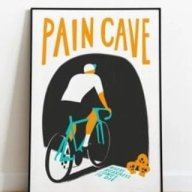 Two Dog said:
How is writing any different than publishing digital content in any form?
Click to expand...

I’d like to think I’ve explained enough about writing for no name, no experience, still trying to put their lives together folks. It’s a bad business for obvious reasons.

Nike, Calvin Klein make money on T-shirts. Does that mean to you that it’s a great business to get into? I’ve said enough.

Probabilities for success matter. Play them wrong at your own risk.

Don't like ads? Remove them while supporting the forum: Subscribe to Fastlane Insiders.
You can’t believe everything you hear—but you can repeat it. 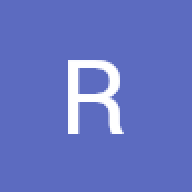 Two Dog said:
Oh, come on. What a lazy a$$ question from someone who honestly seems to be asking for help.

How about posting a reply to your own question with fifteen different ideas?
Click to expand...

I've been at my SDR role the last 9 months. The last 3 I've been teaching myself marketing. I really enjoy the psychology of it and thinking strategically to gain awareness, build a brand image, or drive conversions.

This isn't fastlane but I'm going to start my own content blog, mostly to practice SEO but also to improve my writing. I think it's also to prove to myself that I have the skills and knowledge to get results.

I've been watching @Lex DeVille's videos and riding his posts on copywrite. So I think I'm going to start copywriting in my free time and see if I can turn it into fulltime work.

Still going to plug away at being an SDR. Ive been speaking with the VP of Sales for a shift over to marketing in the new year.

There's a lot I see we can change and implement to gain more leads and awareness with out company. It's a small 30 person team right now.

So in short right now I'm looking to:

1. Start a blog to practice writing and SEO.

3. Move to marketing at my current company and educating myself in my spare time.

Two Dog said:
Jeez, the current governor of Colorado sold his digital greeting card company for $800M way back in 1999. Yes, that's M as in millions of dollars.
Click to expand...

If you go down the memory lane that far, why not create Amazon? Compete with Bezos! Or just invest in Google?! And how does that sound today compared to 1999? Things change.

You can’t believe everything you hear—but you can repeat it. 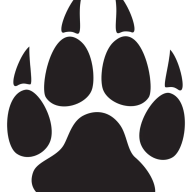 rjurasek said:
I've been at my SDR role the last 9 months. The last 3 I've been teaching myself marketing. I really enjoy the psychology of it and thinking strategically to gain awareness, build a brand image, or drive conversions.
Click to expand...


rjurasek said:
This isn't fastlane but I'm going to start my own content blog, mostly to practice SEO but also to improve my writing. I think it's also to prove to myself that I have the skills and knowledge to get results.
Click to expand...

Try not to think in terms of Fastlane or Slowlane. Skills are skills. You really can't categorize them as FL vs. SL.

I've seen so many initial posts from people along the lines of what you wrote. There a common perception that you're either working on a Fastlane business or you're a loser. The reality is that mastering key business skills is the foundation of building a successful business. The failures (or lack of success in reaching your goals) will spotlight where you need to improve. It's the same as learning how to do anything better than most people.

The difference between the two paths is HOW and WHERE those skills are applied.

You can become an excellent sales rep at your company and stay there for ten years. Not Fastlane. Take everything you've learned about selling and apply it to your own business and it (potentially) becomes Fastlane overnight. Same thing with almost any skill. Developers can launch cloud apps. Marketers can publish landing pages. Bakers can publish recipes on a food blog or start a YouTube channel.

The skill itself becomes an entry point into Fastlane.
Don't like ads? Remove them while supporting the forum: Subscribe to Fastlane Insiders.
Try and fail, but don't fail to try. ~ John Quincy Adams

rjurasek said:
I've been at my SDR role the last 9 months. The last 3 I've been teaching myself marketing. I really enjoy the psychology of it and thinking strategically to gain awareness, build a brand image, or drive conversions.
Click to expand...

Here's how sales & marketing skills (among others) can leverage a massive Fastlane business in record time.

China’s Li Jiaqi, a top livestream salesman widely known as the “lipstick brother,” sold $1.9 billion in goods on the first day of Alibaba Group Holding Ltd.’s annual shopping festival, as the country’s consumers splash out despite an economic slowdown.
Try and fail, but don't fail to try. ~ John Quincy Adams 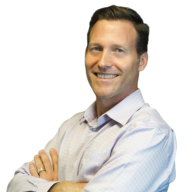 rjurasek said:
What direction would you go? Maybe someone could turn on the lighthouse.
Click to expand...

I'm just going to say it, but you need something stable - a rock foundation that grounds you against all negative, cultural forces and sways. A light that breaks through the darkness. There is only one Light that can establish you on the solid, ancient life path that fulfills your talents and desires. Let your heart lead you to know where you need to go. Peace brother. You're in great Hands. 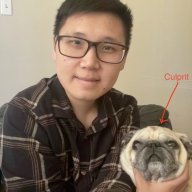 At 18 I never would have guessed I'd be where I am today. 1 year out of the military (Canadian Army) with no degree, a job I'm failing at, and living in a basement suite with My dog and girlfriend wondering what I'm doing with my life.

When I was young I had a vision. I wanted to explore the world. I wanted to see what was out there, climb the highest peak and see the most wild animals this earth had to offer.

At 20 years old I went to Africa for 2 months to work in animal conservation. I caught everything from impala to giraffe. I slept in the open savannah, met some amazing people, almost died from crazed wildebeest, and even rode an ostrich.

I came home depressed after those 2 months. How could I go back to a 9-5 job after having such a rich and raw experience? I ended up quitting my job in a stainless steel warehouse a few weeks later and applying to a business and adventure tourism program in British Columbia, Canada.

At 20 years old I moved 6 hours from my home town. I found myself in a quiet little mountain town surrounded by rocky peaks, a crystal clear river and endless adventure. I said goodbye to my parents and after a few tears they drove off.

I spent the next 2 years fulfilling my childhood dreams. I climbed some of the best mountaineering routes in Western Canada, navigated a glacier in a blizzard with 5ft of visibility, Skied feilds of endless powder, and conqured class 4 and 5 rapids in a kayak.

Even after all this something was missing. I spent my 2nd year trying to figure it out. Then it hit me, I wasn't helping anyone, I was doing all of this for me. I climbed the mountain for myself and me alone. I felt selfish and I also felt alone.

6 months later on November 11th no less. (for those of you who don't know this is remembrance day in Canada). After the first day of being screamed at and beaten down, I finally got to my bunk and wondered "what the hell am I doing here". We all had that thought. 11 months later i was 2 weeks away from my graduation ceremony. After all that training, all that mental and physical abuse, after the sleepless weeks and hallucinations, after being away from family and friends, I was going to be a Combat Engineer. I thought my family would finally be proud of me, I thought I'd finally be proud of myself. On graduation day I marched onto that square with my head held high, we made our right turn and I could finally see the stands with all the family members watching. But something was missing, I couldn't see my family... they weren't in the stands. I was crushed but I had to hold position.

5 years later I release from the military. My contract was over, I needed to move on. Now with the hearing of a 60year old and aching knees, I'm sitting here lost.

I got a job as an SDR with a tech company. I've tried my hardest, but I'm failing I won't lie.

Right now I feel the complete opposite. It's like I'm back on that kayak in the ocean but I don't have my compass and a thick fog rolled in. So thick you could drink it.

What direction would you go? Maybe someone could turn on the lighthouse.
Click to expand...

'writing a post that provides no value' -- that's not true. I'm reading your post rjurasek and I'm touched because I feel the same.
I don't have military experience but mentally I can feel you coz I've been there, that dark place.

My life didn't start until my 25th birthday ( I had top surgery on my birthday, yeah I'm trans) and only then did I start to feel awakening, both physically and mentally, started reading self help books (napolean hill, grant cardone, gary vee, jim rohn, jordan peterson etc). However just because you had a sex change doesn't mean your life will instantly turn to the better, still broke, still no skills(yeah a bachelor degree of business didn't get me anywhere), I decided to enroll in the local trade school, partly because I had fantasy about carpentry, a strong muscular working man, partly because I kinda wanted to prove (to whom?) I can do what "real men" do. It's the most hard job I've done, I hated it to my guts. Always dirty with dust and concrete, neck and back hurts constantly, physically I cannot operate like cisgender men at all (I've stopped hormone replacement therapy at that point).

Quitted the carpentry job in fall 2021, feeling lost and scared as hell, by then I've read MJ's book, and came up with an idea I thought pretty good myself: to build a marketplace platform where I bring tiny house owners and land owners together, because tiny house is cheap to built, but land searching is the hardest part, I've watched tons of videos and searched on blogs, people consistently complained about 'can't find land' issue, it fits every CENTS principle but big problem, I don't know how to code, so naturally I enrolled again in the same technical school to learn programming, it's an intensive program which compressed 4 year university into 2 year, with a co-op job opportunity in between. I gave it my all and got good grades, got into the co-op program and found a 8-month web developer internship (starting next week), during this process, I constantly reminded myself with MJ's words: climb the ladder, climb to wealth. I told myself I need some kinda foundation, some stability, yes big ideas/dreams/business but hone my skills and earn a stable income first.

Best and don't give up brother.