The nights are dark and full of terrors 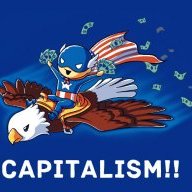 This thread is pretty similar to @CigarMan, however, I felt guilty of trying to highjack his thread and they say writing is therapeutic, thus here is mine.

I always had a fear of death and wondered what was the point of life. I tried to make sense of its meaninglessness, I joked often about it, I tried to find answers but no answer truly satisfied me, most people do not like to wonder about these things they prefer to ignore it and told me to do exactly that ignore it so I did.

My fantasy became a reality way too soon I essentially got fired for "lacking interest in my job".

Slowly I was getting depressed, realizing that I was far from my mental fantasizes, but I ignored it. One of my good friend Steven learning that I was jobless offered me a job. I said I have employment insurance once that's over I will get back to you. Hoping in the back of my mind that fabulous business of mine would be created during that time. Action faking, procrastination dominated that time so I decided to go to Panama visit my ill grandparents hoping for a great idea to fall on my lap!

My friend Steven was as lost as me in life but he found comfort in alcohol while I found it in my fantasies. However, Steven's health was slowly getting worst I warned him about it, but he protested WE MUST ALL DIE ONE DAY WHY BOTHER MY BROTHER. I tried to convince him of the contrary but inside I agreed.

And when I came back from Panama I received the news... My friend Steven was in a coma and he wouldn't make it...and passed away... From that day on I try to take care of at least my health but I only feel I am going down I am a shadow of the ambitious me... My fear of death and the meaninglessness of it all came back with a vengeance.

I started working out to get off my slump it is only easy when I am working out outside of those hours are harder... I tried to learn to stock trade but the stress of it is not helping and realized I was trying to get rich quick so I am looking for other options.

I thought it would be easier since he's been gone a few months ago but I am still haunted by that fact.

Thank you for reading this has been therapeutic, needed to get it off my chest.
Don't like ads? Remove them while supporting the forum: Subscribe to Fastlane Insiders. 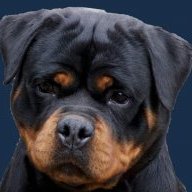 Hey man, life’s crazy right? But guess what, people are able to make the best of it even in this crazy world. It’s astonishing how a lot of people don’t know, how much in control we can be of our mental thoughts and situations. Simply knowing that your brain is able to think about positivity and actually begin to seek it is itself a miracle.
If you haven’t already, I strongly recommend reading @IceCreamKid posts. He has helped me maintain focus and much more!