someone please start playing the violins....

Say "NO" to mediocre living rife with jobs, ascetic frugality, and suffocating savings rituals— learn how to build a Fastlane business that pays both freedom and lifestyle affluence. Join more than 70,000 entrepreneurs who are making it happen.
Join for FREE Today
Get the books
Remove ads? Join Fastlane INSIDERS
(Registration removes this block)
Anything related to investing, including crypto
Sort By Best Posts 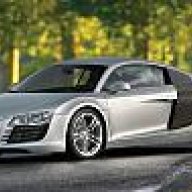 By Jenny Strasburg and Christine Harper

``There's a lot of pessimism out there,'' said Gary Goldstein, chief executive officer of executive-search firm Whitney Group in New York. ``Looking at the world today as we see it and the impact the crunch is likely to have, it looks like bonus pools will decline.''

Bonuses, the financial industry's annual rite of compensation typically calculated as a multiple of salary, probably will decline as much as 5 percent from 2006, according to Options Group, the New York-based firm that has tracked pay and hiring trends for more than a decade. While the payouts often far exceeded the average of $220,650 at the biggest U.S. securities firms last year and increased as much as 20 percent from 2005, the subprime-mortgage collapse already has drained the punch bowl.

Hardest hit will be employees who create and sell securities backed by mortgages or pools of debt, Options Group said. One out of every three people in those roles may lose their jobs unless business picks up by the end of the year, the firm estimates. Bonuses may fall as much as 40 percent.

Hedge-fund investment managers, whose average payout climbed as much as 15 percent last year, may see a drop of 5 percent to 10 percent in 2007. Bonuses for employees in fixed- income units may fall as much as 10 percent, compared with a 10 percent gain last year, Options Group estimates.

Except at the most junior levels, traders and bankers receive most of their annual pay in year-end bonuses that are determined in part by the revenue produced by the individual, their division and the firm as a whole. The average bonus per employee at Wall Street's five biggest firms rose 18 percent in 2006, according to Bloomberg calculations based on company reports.

Individual bonuses vary, with some administrative staff receiving nothing and executives such as Lloyd Blankfein, Goldman Sachs Group Inc.'s, getting more than $50 million on top of his $600,000 salary. Even Blankfein's pay, which is based partly on the firm's operating results and stock performance, may be lower. Goldman's stock, after climbing 56 percent last year, has dropped 12 percent in 2007. Revenue, which gained 49 percent in 2006, rose 11 percent in the first half of 2007.

Recruiters, who are seeing a pickup in resumes from hedge funds and leveraged buyout firms, cautioned that it's too soon to know what will happen by the time banks start bonus discussions, typically in October. They also note that traders involved in equities, commodities and distressed debt are having a good year and are likely to reap bumper payouts.

``This is the quarter that is going to determine whether compensation is going to be lower or not,'' said Michael Karp, of the Options Group, which bases its estimates on interviews with senior industry executives and information gathered by the firm's network of consultants.

The crisis that started with the mortgage loans to the riskiest borrowers has sent equity and bond prices worldwide on a rollercoaster ride. The market for mortgage-backed securities has dried up, hurting those who trade the bonds or sell them to investors. Investment banks haven't been able to find buyers for leveraged-buyout loans. Prime brokers may see fees drop as some hedge funds close and others reduce borrowing.

``We're already seeing a lot of resumes from hedge funds, and we're seeing them at the more junior level, a lot of these kids that defected to hedge funds for more money or a better lifestyle,'' said Deborah Rivera, founder of the Succession Group, a New York-based executive-search and consulting firm. ``We're seeing resumes from private-equity funds that have also let some people go.''

Hedge-fund traders with at least 10 years' experience, who made an average of $580,000 last year, probably will see pay rise 8 percent to 9 percent this year, according to Adam Zoia, founder of New York-based Glocap Search LLC and co-editor-in- chief of the Hedge Fund Compensation Report. That's about half of the rate he was expecting before the market's decline.

``We have just sharply cut our compensation forecasts,'' Zoia said on Aug. 17.

The hedge-fund industry, where assets almost tripled to $1.7 trillion since 2002, leads Wall Street when it comes to outsized paydays. The 25 best-paid hedge-fund managers earned an average of $570 million in 2006, an increase of 57 percent from the previous year, according to Institutional Investor's Alpha magazine. Hedge funds typically charge fees of 1 percent to 2 percent of assets and 20 percent of investment gains.

Simons's personal profit may drop from 2006 as his biggest fund struggles. The $29 billion Renaissance Equity Opportunities Fund is little changed on the year through last week, according to investors, while last year it returned about 21 percent. Griffin should again rank among the top-paid managers. Citadel, which oversees $15 billion, has returned about 15 percent this year, investors say.

``The ripple effects of hedge funds are more widespread than they've ever been,'' said Robert Discolo, head of hedge- fund strategies at AIG Investments in New York, which manages more than $8 billion.

Hedge funds worldwide returned 0.45 percent in July, their worst month in a year, bringing year-to-date gains to 7.95 percent, according to a monthly industry survey by Chicago-based Hedge Fund Research Inc. That compares with the 3.6 percent return of the Standard & Poor's 500 Index for the first seven months, including dividends. Funds in Hedge Fund Research's HFRX index, calculated daily based on a smaller sampling of investment pools, lost 4.67 percent this month through August 20.

Big pay packages at hedge funds and leveraged buyout firms have driven compensation higher at Wall Street firms, as they seek to compete for the best traders and bankers. Last year, the five biggest U.S. securities firms paid about $36.5 billion in bonuses, up 32 percent from a year earlier as the number of employees rose 7 percent.

Since last falling in 2002, total bonus payouts at the five firms rose 6 percent in 2003, 19 percent in 2004, and 18 percent in 2005. Securities firms typically set aside about half of their revenue to pay compensation and benefits. Of that, about 60 percent is paid in bonuses at year end.

Recruiters don't expect reductions to be as drastic as they were in the bear market of 2001 and 2002, when the average payout for New York-based securities-industry workers declined 26 percent and 18 percent, according to the state deputy comptroller's office.

The financial crisis has been profitable for traders who bet mortgage bonds would fall or whose strategies gain amid swings in the markets. One indicator suggests the picture isn't as dire as it was in 2002: Analysts are estimating annual earnings will rise at least 11 percent at the top four Wall Street firms. Bear Stearns, the fifth, is expected to report a drop of about 6 percent.

``The sentiment right now is pretty harsh because in the past two weeks it wasn't hard to see people who lost a lot of money,'' said John, 29, an equity-options trader at a Wall Street bank, who declined to give his last name because he's not authorized to speak to the media. ``But on bonuses, it's too early to say. It was a good market before this, and I don't think people think yet that this will jeopardize pay.''

The bankers who advise LBO firms and the underwriters, salespeople and traders who help create and sell the loans and bonds to finance them are likely to see their rate of pay increases slow, recruiters said.

Last year, investment bankers saw bonuses jump 20 to 25 percent, the Options Group said. This year the rate of gains for bankers who serve buyout firms will probably slow to 5 percent to 10 percent and could decline further, Options Group said. That's because the banks are having difficulty selling the loans they've already made to finance takeovers and the pace of deals is likely to slow amid higher financing costs.

``The leveraged finance areas are likely to be impacted,'' said Whitney Group's Goldstein.

The success of hedge funds in previous years helped generate demand for prime brokerage, the departments at investment banks that lend to hedge funds and provide them with services such as trading software. Last year, bonuses surged 20 percent to 25 percent in prime brokerage, Options Group estimated. This year they may rise 5 percent to 10 percent, said the Options Group's Karp.
Don't like ads? Remove them while supporting the forum: Subscribe to Fastlane Insiders.

Maybe this will put a damper on George Soros's dreams of world domination. Whoever wins the Democratic nomination is likely to have less spending money because hedge funds are deflating. By the time some of Soros's funds recover, he's likely to be dead (he's in his late 70s). See what happens when you don't diversify?

:iamwithstupid: :dupe:
No man with a good car needs to be justified -Ministry