Sharing an apartment with other entrepeneurs? 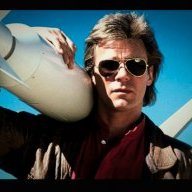 I'm currently in the process of finding an apartment to move out of my parents house.

The city I'm going to move to has high rents though. One option would be to share apartments with someone else. Google translator tells me the word is "flat-sharing community", but I'm not sure if it is the best word to decribe it.

The only problem is, most of the shared of apartments are occupied with college students. Our livestyles would be too far apart to create a healthy living situation.


Then I remembered one thread I read on here:
It mentioned "project scottsdale", an apartment full of 3 fastlaners, pushing each others to new limits.

I immediatly started googling "entrepeneur flat-sharing", and the only results talk about start-up founders moving together with their partners into their office.
Sounds good, except it feels more like a big circle jerk to feel important as a startup and spend that investor money.

What I'm going to ask instead is "have you made any experiences in sharing your apartment with other entrepeneurs?"
What makes it better than living alone, what makes it worse?


Ika
Maybe this fits better into the "socialising" subforum..

(If you want to move to Düsseldorf, Germany - hit me up haha)
Don't like ads? Remove them while supporting the forum: Subscribe to Fastlane Insiders. 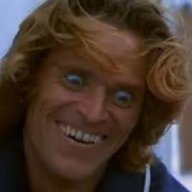 Maybe look into local start ups or makerspaces, then post some paper around the halls about looking for roommates.

I lived alone for about 8 months out of the way from my friends and work and all that, and it drove me absolutely nuts. So if you do plan to live alone, make sure it's somewhere accessible, if you do live alone you might go stir-crazy working inside the apartment without people around or mental simulation.

Living with like minded people can be fantastic if they have similar clean habits, other than that, its all down to personal preference. I am a entrepreneur however since I know I am going back to school for masters at basically no cost and it is to improve my skills so I justify my return to education to pursue my goals, that being said, I then sought out to find graduate level students to live with and found them because I know they are driven in their own way and that can be encouraging.

So focus on DRIVEN people, not their background or what they are doing and you should be fine.

This also could be a fastlane idea, making a site for entrepreneur meet-ups or rooming situations 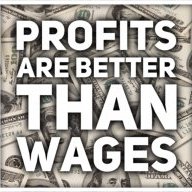 Ika said:
I initially wanted to ask "how do you find entrepeneurs or fastlaners to move together with", but I won't

What I'm going to ask instead is "have you made any experiences in sharing your apartment with other entrepeneurs?"
What makes it better than living alone, what makes it worse?
Click to expand...

When I first moved out of my moms house, I was really broke. So money was the most important factor. So I searched for the lowest priced apartment close to a college. I thought it would be less ghetto and more like poor students.. I found a small old cheap one bedroom apartment for $419 per month. I split all bills and rent with my at the time girlfriend. Which made it much easier on both of us.

13 months later, I bought a HUD home off www.hudhomestore.com it was a 3 bedroom fixer upper. My mortgage was ~$460. Since the house was in pretty poor condition, I picked it up for 50 cents on the dollar and had to get a conventional loan and put 5% down.
I had a friend who sold stuff on eBay like me.. and I told him the real money is in real estate. I asked him if he wanted to move in with me and rent a bedroom and do real estate with me. So I rented him a bedroom for $400 per month all bills paid.
So me and my girlfriend split the rest of the bills, and it was super cheap to live.

Fast forward 4 years... I saved up like $30k Living that way.. then I put $8k into fixing the house up. Sold it and profited $40k, tax free.
My friend that I had move in with me bought his own house and fixed it up really nice with brand new kitchen and bathroom and refinished floors and new texture and paint. Now he's renting me a bedroom for $350 per month. And the third bedroom we use as an office, we call it the exponential growth room. We each work on our own real estate businesses and get along great. It has had it's challenges.. like who pays for toilet paper and we have to do our own dishes, and made rules not to leave dishes in the sink.. you cook.. you clean..
But it's caused us to be cleaner more responsible adults, cleaning up after ourselves, taking care of ourselves.. not being lazy.. not being a burden on the other person.. etc.

It's been 6 months living this way. We've both done well in our businesses and we're now about to move to Downtown Oklahoma city to live in an 18th floor apartment with a balcony overlooking downtown OKC. My rent will more than double, but we'll be in the heart of OKC, we'll have a pool, grill, common area for having parties and people over and meeting other residents, lawyers, doctors, business owners, college kids, who knows.. also will have a fitness center and a private parking garage, which will make it more realistic for me to buy a more expensive car. Thinking about buying a 2011 Lotus Evora. And my roommate will probably buy a used Maserati GranTurismo. We help each other with our businesses, we keep growth and revenue as the focus.. we empower each other, we catch each other when one starts slipping. We talk about goals and the future often. It works.

To be around people who are pushing for the same goals and aspirations is priceless. CONSTANTLY raise your standards and your company..
It's worth it. Live below your means, but also protect your thoughts and your company, and your time.

Thank you both for the answer!


DesignerOne. said:
Living with like minded people can be fantastic if they have similar clean habits
[...]
So focus on DRIVEN people, not their background or what they are doing and you should be fine.
Click to expand...

Yes! The smiliar clean habits are what I like about it the most!
Instead of a roommate complaining about me not coming to the party at 11pm, I want to have a roommate that is complaining that I did not wake up at 5:30am to train and then start working.
The problem is, I'm not the person such a person would like to live with yet - that means I'm kind of dreaming about the utopian roommate while still not having the clean habits I want.

But the comment about finding driven people is gold, thanks a lot!
It did not occur me that I don't have to live with a fastlane entrepeneur, but anyone that is driven in whatever they do will have a positive impact on my life.


@Jakawan , thank you for sharing your story!
Don't like ads? Remove them while supporting the forum: Subscribe to Fastlane Insiders.