Road to $500k/mo with Social Media as a Side Hustle 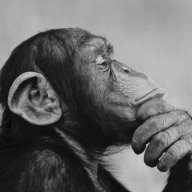 There seems to be a whitespace in an industry that's supersaturated with bro-marketers and terrible products.

Based on similar brands in this space, $500k/mo is doable as a 5 year goal. With the first year, ending at $10k/mo, using a subscription based model. This is not taking into account other monetization methods.

So the question is, what if we added a touch of honesty in this area, without sacrificing its marketability? (This is the easy part surprisingly)

What do I mean by that?

I often talk to non-profits and local business owners who complain they're not getting enough donations or exposure. With the excuse being, I don't want to misrepresent myself. Fair enough, and they usually come from a good place. However, I think they take it too far, and fail to include basic marketing principles like good headline writing and social proof. They bank on "we're honest and nobel" so that should be enough to attract attention. Often worrying too much about what other people think about them, instead of the customer. Years later when I check up on them they're barely scraping by or non-existent.

1. We're using social media for the first leg of growth. Breaking the commandment of Control, since our main base of operation will be on Facebook. This will be our free part of the freemium model, so it's necessary.

2. Multiple owners. This is going to be a double edged sword since we have different overall visions for the branding which has lead to long delays. However, when it comes to the content and overall function, we're a match made in heaven. So that's going to be a weird balancing act. We have a small milestone, where we'll revisit duties, direction, and formal agreements, including incorporating as an official company.

3. Facebook is testing out a paid group option with no fees, but I assume they'll turn it into a Patreon competitor or similar. Our best bet is host the memberships on our own site. At least then our payment processing fees will be 3% and not 5%. Though how that will be structured is yet to be determined. Setting it up as a forum doesn't seem like a good idea.

4. Sharing social media accounts. Facebook and Google make it easy for multiple people to manage a brand account. Others don't, since we're not physically under the same roof. IPs, etc.

Step 2 will be our "great filter" to see if we do actually move forward and eventually have a $100M exit. Also based on how other companies are valued, and not an arbitrary number.

If we can't effectively split up our duties and we're constantly in each other's space, I don't see it working long term based on my research and previous JVs.

Facebook group + page. This turned out to be more convoluted than it should have. Facebook's interface is horrendous, so the setup took 2 days, when it should have taken 2 hours. It's still not as clean as it could be, but it's a good start.

The group now has a couple of members, but I just realize when you add people, it automatically sticks them in, instead of sending an approval request. Based on what I know of Facebook SEO, this won't be good for engagement. Though it does look like, day 1 of our launch, we have 1 organic member.

We have 2 channels which are garnering limited attention in just a couple of days. And with minimal effort, it is showing activity. Whether this translates into paid members is something we'll have to wait and see.

Other considerations is investing in direct response marketing and paid courses to learn some secrets of the trade.

One of the fears I do have is the group becoming stale. You see this in YouTube channels that lose their novelty and other communities which get taken over by repetitive posts. It doesn't help that Facebook's sorting and search algorithms are useless for keeping engagement high.

An easy solution on Facebook's part is to implement a suggested post when a new member is adding content. Instead of asking the same question a million times, which annoys senior contributors, bump the old one.

So for now, the best option seems to be a separate directory of the content, with links back to the original discussion.

What Will This Thread Cover?

A. 1 or 2 lines about the actual state of the group
B. What I learned either from trial and error or secondary resources + reflections

Feedback and resources are always welcome!
Don't like ads? Remove them while supporting the forum: Subscribe to Fastlane Insiders.