About to launch my own fragrance perfume brand and looking at product names.

My take is on creating perfumes based on cities of the world so my initial idea was to make the perfume names such as, London or Barcelona etc…

Just wondering if that is too broad and general so done by everyone ( though most perfumes have names of the ingredients like Basil lime and orange) or if I should go more specific and zoomed in, on the case above I would go Mayfair or Las Ramblas, so more neighbourhoods or locations than cities.

I feel that cities will be easier for people to recognise but at the same not as original.

Any advice or thoughts would be appreciated.

Thank you
Don't like ads? Remove them while supporting the forum: Subscribe to Fastlane Insiders.
Last edited: Jan 23, 2023
C

hey, I like the idea of naming the perfumes after cities but what if you named it after something famous or well known in that city, for example London is famous for "Big Ben" or Barcelona is famous for its art and architecture , it could be branded "Pablo Picasso"

but hey its just an idea to spark more of your creativity!
N

I like that idea but worried about trademark issues when it comes to naming very specific tings like Picasso for example. Apart from Paris which I know would create a few issues most cities have no trademark copyrights or issues in that sense but maybe worth a look. Thank you 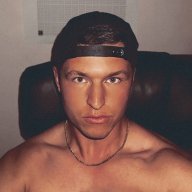 If you make a Seattle cologne it will just smell like human shit and weed.
Don't like ads? Remove them while supporting the forum: Subscribe to Fastlane Insiders.

But seriously the city idea is very cool

I'm sure some of these are trademarked for cologne/perfume use 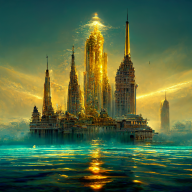 Johnny boy said:
If you make a Seattle cologne it will just smell like human shit and weed.
Click to expand... 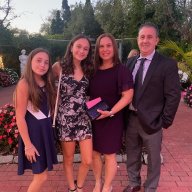 Sounds like you would have to research trademarks for the city name and product category. Maybe mix a city name with an adjective.
Don't like ads? Remove them while supporting the forum: Subscribe to Fastlane Insiders.
N

Johnny boy said:
If you make a Seattle cologne it will just smell like human shit and weed.
Click to expand...

Yes I think most cities would smell like that.

In all seriousness, it is about the idea and Ideal of what Cologne would smell like.

My wife told me about the same when it comes to Barcelona and London not much better but for example London to me is:

"Atenai London is inspired by London - a bustling metropolis with a rich history and an atmosphere of mystery and enchantment. This is a perfume that is as complex and intriguing as the city itself. It is a blend of woody and floral scents, with a hint of spice from the pepper and bergamot. The cedar and musk give it a warm, earthy base, while the patchouli and tonka bean add a touch of sweetness. The oud rounds out the scent with its rich, woody aroma - like a cozy cup of tea in a serene elm garden. Atenai London is a perfume that is both modern and timeless, perfect for those who want to feel like they are a part of London’s vibrant energy.

When you walk around London, you see many things from the early history of the world that evokes both curiosity and excitement. You also see a warren of narrow streets, old boats on the river Thames, old tunnels, to name but a few. City of dreams that arouses emotions and joy. London is a city full of character

The overcrowded streets and alleyways may not be ideal for everyone, but the busy atmosphere makes shopping in London an incredible adventure.

From the famous museums, or landmarks, to the little-known nooks and crannies of daily life that make up the city’s multi-faceted identity, London boasts an endless stream of exciting activities to get everyone engaged such as the Palace of Westminster, Trafalgar Square, Tower of London, London Eye, Art Galleries, and Big Ben

It also has nightlife and lots of entertainment, squares, cathedrals, castles, and of course, countless pubs. London has everything it is difficult to feel bored."

I would then create a story about all the cities I would create a perfume from based on my idea and ideals.
N

I'm sure some of these are trademarked for cologne/perfume use
Click to expand...

Interestingly enough most cities arent trademarked to name a perfume, however certain cities like Paris are indeed trademarked so a case by case.

johnlepore said:
Sounds like you would have to research trademarks for the city name and product category. Maybe mix a city name with an adjective.
Click to expand...

Thank you John, yes I am doing that research just now. I know that other perfumers did name their perfume as such but not too many times too actually make a difference. In fact because I am expanding and creating stories behind every fragrance allows me the differenciation i am looking for.
Don't like ads? Remove them while supporting the forum: Subscribe to Fastlane Insiders.
N

and London, Barcelona, but thankfully this is about the idea and ideal of the city.

I give another example of the fragrance I will call Seville:

Seville also has a very distinct scent thanks to thousands of blooming orange trees throughout the city. It's a lovely perfume that wafts through the streets.

It smells of “azahar” or like they call it here “asaar”. Azahar is the beautiful white flower that appears on the orange trees when they are in Bloom. Around the city Seville there are almost 15.000 orange trees, “naranjos” as they are called.

Orange trees are all around the city. During the winter the trees are full of oranges and during the spring they are flourished. Some foreign people would think there are bottles of perfume spreading this smell in the streets because it is very intense. That is the reason why orange blossom is in the first place of the list.

Another flower that smells very good is the rose. There are hundreds of roses that flourished in the month of May.

In Seville you can smell the incense not only in the churches, also in the streets, especially during the Holy Week (Semana Santa), as it is a smell that always go with the religious processions.

Seville smells of Andalusian Horses and Luxury Leather Tanneries on old towns steeped in history from its neighbour cities.

It smells of flamenco dancers permeating sensuality and emotion.