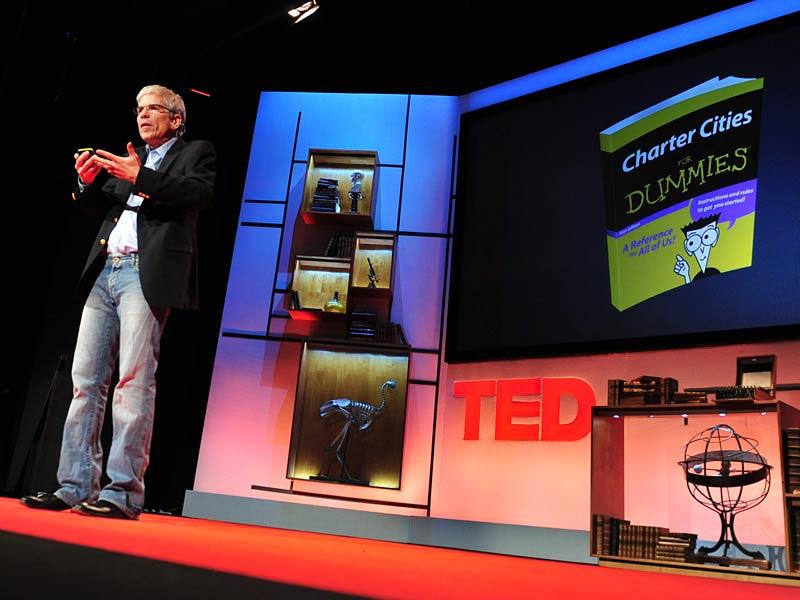 Why the world needs charter cities

How can a struggling country break out of poverty if it's trapped in a system of bad rules? Economist Paul Romer unveils a bold idea: "charter cities," city-scale administrative zones governed by a coalition of nations. (Could Guantánamo Bay become the next Hong Kong?)

This is fantastic. I thought I would share. I am fascinated by a lot of things that Paul Romer has to say.

Well this is the first truly hopeful thing I’ve watched concerning economy and world population in a long time!

He’s gonna franchise cities.. ha! It’s a great idea... kinda like the British Empire but not evil. Do you think the companies will be responsible for protecting their own ppl in places? I’d be concerned that the night makes right mentality would conflict with the surrounding areas of the other cities were not supportive but.. I suppose if you built them across a country like you build franchises.. always just within a short reach of another one that ppl really like.. it could work because then the population would support it?


What models would they use to form the rules? America’s model of education is awful, but our Republic worked ok for a while..

That’s a list I would love to read. What are the most functional/efficient/good models for taxes, city planning, police, education, health, etc, etc.

It’s too bad he doesn’t have an option to save a city in decline.. poor Seattle.

So many good talking points though! I’m gonna follow this guy. I’m glad you shared this. It’s a great concept.

Watching this now. Special Economic Zones as well as and Tech, Science, Industrial Parks are similar or related concepts.

The problem is conversion & on-boarding of locals into buying into the ideas, concepts, and benefits of such projects. When things are real bad, backwards or entrenched. Man, it's not going to be easy to pull this off.

If teams can target the right people and successfully convince such cities and localities to provide the land and governments agree to allow such projects to operate.

Execute and we have something that can be replicated globally.

A great and noble idea, the hardest part like entrepreneurship is the execution.
Last edited: Aug 15, 2019
Perception is strong and sight weak. In strategy it is important to see distant things as if they were close and to take a distanced view of close things. - Miyamoto Musashi

MARKETPLACE Fox's Web Design Guide: Earn $100K this year (Yes, 2020!) and Go Fastlane
How do I sell to a different country with an accent? And a foreign number. Cold e-mails don't...
Yesterday at 6:25 AM
Fox

MARKETPLACE Lex DeVille's - Advanced Freelance Udemy Courses!
Well, we made it halfway through the year. Don't know what the rest'll bring, but it's gonna be...
Jul 15, 2020
Lex DeVille
M
FEATURED! Introducing... WEALTH EXPO$ED, A Short Story By MJ DeMarco
Not really a teaser but it does employ a fictional story, so that is similiar. This upcoming...
Jul 15, 2020
Kieran Proven