Not new to the life, just the forum

Firstly, I cannot say enough positive things about TMF !!! I read it the first time in 2014, still working a 'job' at that time. Something in it just really clicked for me, not sure if it was just MJs personality or the way the idea/lifestyle was broken down. It resonated deep for me and I could no longer tolerate going through the motions slow laner. Playing it safe was never for me, but after having life rub my nose in the carpet a few times I crumbled,conformed, and fell into the slow laner safety net mentality BS. My job wasn't that bad in reality, I was a portfolio manager for a large investment group. I delegated work to people to do, watched alot of YouTube, and then followed up to make sure said work was done. My pay averaged around 75k a year after bonus, which isn't bad for my area of SC especially for a job that I rightfully shouldn't have had to begin with, I just interview quite well. I'd been trading stocks on and off for several years at this point, but nothing serious enough to take care of myself let alone my daughters at the time. I finished reading TMF in October and decided to create my own moment. I began trading more aggressively and frequently,playing on hysteria and general mass psychology instead of earning reports or product announcements. Once Ebola was full blown in the media, bio and medical sectors were a gold mine! I was making more in a week than I was in a month at my job I had come to realize for what it was and decided it was time to get fired. Thus began my call out campaign. I was fired before the end of November with the piece of mind of unemployment was coming through the holidays while I devised my next move as I realized risk was no way to establish my primary income. Went to Jamaica to enjoy a little of that fast money and when I returned I opened an Ejuice manufacturing company. I quickly lost interest for all the obvious reasons. I ended up getting heavy into Crypto currencies,SEO, and then opened up some other online stores.

The main reason I joined the forum is for some additional substitution in the mentor department. I've come to realize the reason I'm not a millionaire now is due to my own lack of initiative. Too much simply playing smart while avoiding the hard work entirely. Not sure why that didnt click reading TMF after several readings but it really smacked me in the face while I read Unscripted in January. So I suppose this is me putting myself out there in a way and creating a sense of accountability (even if only in my own mind). Because I will break the 700k mark this year!!! I have too many people I have to prove wrong.
Don't like ads? Remove them while supporting the forum: Subscribe to Fastlane Insiders. 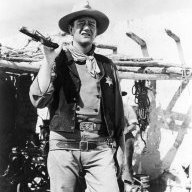 Welcome to the forum. Sounds like you're already leaps and bounds ahead of a lot of people on here including me. Maybe we have something to learn from you as much as the other way around.
Be inspired. Take action. Move forward. Learn. Grow.