My own hamster, in the slowlane.

Say "NO" to mediocre living rife with jobs, ascetic frugality, and suffocating savings rituals— learn how to build a Fastlane business that pays both freedom and lifestyle affluence. Join more than 70,000 entrepreneurs who are making it happen.
Join for FREE Today
Get the books
Remove ads? Join Fastlane INSIDERS
(Registration removes this block)
Topics related to Slowlane, Scripted mainstream dogma
Sort By Best Posts 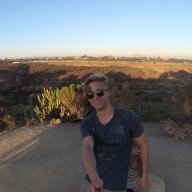 Thought I'd make a funny thread, that may actually be helpful

First of, my hamster didn't got any wheel to begin with (sidewalk).
He was just trying to escape by gnawing and was craving instant gratification treats.

After a while, he became a little fat. So we had to buy him a wheel (job offer in the slowlane).
At first, he didn't really knew what to do, but he learned quick.
He became faster and faster!

But after a while, he started gnawing again!!
He just knew something was wrong, he was being fooled all the time!

He even puts his head out of the wheel looking out...

So we let him walk freely in the house if he starts gnawing (the slowlane weekend).


Bottom-line of the story, even hamsters want freedom!

But in one way or another, we humans find a way to trick them, into thinking they are free.

Based on a true story
Don't like ads? Remove them while supporting the forum: Subscribe to Fastlane Insiders.