My Name is Bosch and I'm a Recovered Slowlaner 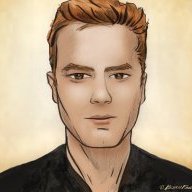 Hello, everyone. Glad to be on this forum. Since there are two topics which we can’t discuss here, I’m going to have to navigate to get my story across. I'm going to leave some details out, and I think you'll soon understand why. I’m a cartoonist. I write and draw cartoons, comic books and graphic novels. For as long as I can remember, that’s what I wanted to do. And I knew at a very young age that I was good at drawing. And over the years, I studied writing and drawing to get better, in order to tell the kind of stories I wanted to tell in comic book form, with the best skill that I could.

Today, I have one graphic novel under belt, as well as a print companion to my current comic book series, The Infidel. All self-published. And I was nominated for a newcomer award and an Eisner Award (the Oscar’s of comics) based on my first graphic novel, which took place one night in a New York restaurant, where I leaned on my years of experience as a waiter in the restaurant business. I’m currently adapting what I think is the greatest novel ever. It's a mammoth project (my publisher hasn’t officially announced it yet, since only the script and rough page designs have been completed so far, and even though they’ve allowed a small, informal announcement to be made, I’ll wait until they make their press release to announce it here.) So my future looks very good, and I have a few other stories in mind for graphic novels, but it’s my present that I’m having difficulty with.

I signed the contract for the adaptation a few years ago, (after Years of delays, publishers are notorious for that, I’m told) and that was before I became more well known, so the up front payment was rather low. In order to keep this free of p and r, let’s just say that soon after I entered a certain cartoon contest, which I ended up winning for $12,500, out of 300+ entries from around the world, my life has forever changed. The event took place in Garland, Texas, and ended up in a way that cartoon contests should never end, in a civilized world.

Anyway, I’m trying my best to live it to the fullest, even though I can’t live it as I once did. I’m trying to figure things out as I move forward. I’m in contact with the authorities every so often, when issues creep up. I want to spell everything out and be completely forthright here, but I also want to respect the forum rules.

My current project doesn’t pay well initially, but it will, on the back end, which is still a few years away. My current means of income is that I draw cartoons for a publication, every so often, and I sell the original art of my cartoons, which these days, is mostly about Free Speech and its prohibition in certain quarters. And while I can sell a number of them, it’s always a struggle to pay my bills, and I have a very simple lifestyle. I want to change that in the future, but for now, I simply want to be able to comfortably pay my bills and start living my life with more freedom. I’ve been building a following on social media, I have nearly 13,000 followers on Twitter and about 7,000 friends/followers on Facebook. I’ve read both of MJ’s books, and I’m very excited about adapting fastlane into my particular case. I just wanted to introduce myself to the forum and begin to learn more about how I can achieve the kind of freedom that MJ and others have. Thanks for reading.
Don't like ads? Remove them while supporting the forum: Subscribe to Fastlane Insiders.
Eisner-nominated cartoonist who's currently adapting the Great book into a graphic novel.