looking for where to find an android and ios programmer 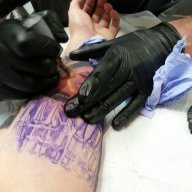 Well guys hope I am in the right place I'm looking for an android or ios developer to help me on an app I have in mind I'm looking for somebody who is great at programming and either paying as we go or alternatively I would perhaps consider a profit share situation
Where would you guys look for a freelancer like this would is not gonna try and rip me off
Don't like ads? Remove them while supporting the forum: Subscribe to Fastlane Insiders. 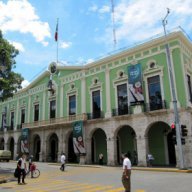 Not a simple question to answer, but I've been both programming and outsourcing for many years, so I'll take a crack at it.

I'd recommend you mockup all of your screens and the flow using a tool like Balsamiq before showing your app to any freelancer. Here you're going to eliminate many communication problems and give you both a clear idea of what you need. Balsamiq is super-simple to use - it's a drag and drop tool used by non-programmers all the time.

Another consideration is the design. If you get a programmer to work on the design, it will likely look terrible. For a cheaper option than hiring a designer, ask your programmer to use a UI template for free or at a low cost from the internet. Or, you can hire a designer first before you hire a programmer.

1) The first thing that comes to mind is odesk.com or freelancer.com. Within minutes of posting your job, you'll get a couple of dozen bids with some at a very low price. Be sure to post a very detailed spec sheet of what you want and include *everything* including the Balsamiq mockups. From my experience (dozens of projects since I started using freelancers in the early 2000's), the job of the freelancer here is to do the bare minimum as quickly as possible. Don't hire hourly from these services as I've been taken by a ride before.
It's going to be tough to find someone who can create something that looks good, works great, and has code that doesn't look horrible. I have a strategy that works somewhat well. First I'll hire someone with a good portfolio and reputation to do the project. Then I'll post a second project with another freelancer to do the following:
a) Add in any functionality I forgot to include in my initial spec sheet (this happens).
b) Fix UI problems the first programmer didn't care too much to do (they work very fast and sometimes their fixes don't work amazing either).
c) Clean up the code from the first programmer and make sure it's neat and organized.
After this process, generally I'll have something that's workable. Since I'm a programmer myself, I can normally make adjustments afterwards if something is left out of needs further adjusting, but you can do a third project to do this as well.
Remember, once you post a project you don't have to accept any bids - so feel free to post and read the responses and look at their portfolios. Another route is to find someone who is top rated on these services and invite them to bid on your project.

2) Go high end and get the guys at crew.co or a small app studio in your city. Be sure to run your app through crew.co's how much tool: howmuchtomakeanapp.com to see their pricing. This is going to be pricier than option 1. You're going to eliminate a lot of the problems you'll find in option 1 using a professional from crew.co or a small app studio. 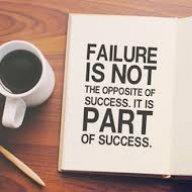 Somewhere in the Matrix

One way to find independent developers (local to your city) is by attending a IOS/Android meetup. Most meetups will have announcements and a lot of times you find developers looking for work. Its a good place to start and you might be able to find someone to partner up with (if you want to go that route). 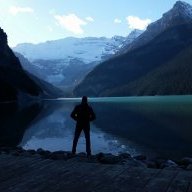 Upwork is great, recommended.
Don't like ads? Remove them while supporting the forum: Subscribe to Fastlane Insiders.