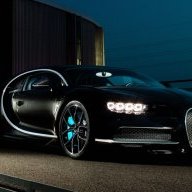 I'm a "software guy". I'm just starting my journey. I don't know what exactly I'll build, but it'll most likely be software, likely a SaaS. I have some ideas that I'm testing currently.

I feel very comfortable with the following already, and use a lot of these:
I'm somewhat comfortable with databases as well, but not at the same level as the things above. Same applies to C/C++, I can write native code as needed, but much slower than what I called out above.

Regardless of the technology, I feel confident that I can learn technical stuff, especially related to software, pretty quickly when needed.

Currently I don't know much (if anything) about:
** Questions **

Which one of the following do you guys think is action-faking? Which would you stop doing and only do when needed?

Thank you for reading and I appreciate constructive criticism! 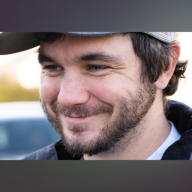 I would do this:
GOLD! - Achieve Laser FOCUS + PRODUCTIVITY With The System Legendary Fastlaners Use...

Then come up with what you actually want to start making. From there based on your current tasks you can learn what you need to learn as you need to learn it. Just recently I was doing PHP/MySQL for database entries. Only learned about it because I needed to.

None of these are action faking in my eyes because they could help you out down the line. Though you can build a business and learn them at the same time.
And thus “history repeats itself,” and happy is he who by listening to the experience of others avoids the rocks and shoals on which so many have been wrecked. - P. T. Barnum
If you do not have courage, you may not have the opportunity to use any of your other virtues.
INSIDERS EXECUTION THREAD: DOUBLE GOLD Building a Software Company from Scratch! *7 FIGURE ARR*
NOTEABLE! DO I WANT A LIFESTYLE BUSINESS OR AN ENTERPRISE? || NOTEABLE! DON'T LET THE VOCAL MINORITY PREVENT YOU FROM MAKING A KILLING! || NOTEABLE! MANAGING YOUR EXPECTATIONS!

Thanks @Ravens_Shadow! I definitely need a system. I'll check this one out! I already use gitlab issues for tracking work, and I believe they may have boards which I can probably adopt to that system!

I've said it once, I've said it a million times... be led by the problem you are solving or the value you are providing. These answers then come into focus.

If you're lying on a railroad track and the train is approaching, will you be dithering about "Gee, what do I do next?"
Don't like ads? Remove them while supporting the forum: Subscribe to Fastlane Insiders.