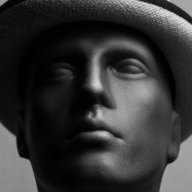 I'm 28 and I live in California. When I was very young I found that creating things that made other people happy was how I wanted to live my life. When it came time to decide what college and career I should pursue I flirted with art and engineering, until I finally decided on architecture. Architecture seemed like the ultimate avenue for creating things for the benefit of other people (for me anyway). However, I was born poor, and I learned young to avoid debt at all costs (it has ruined the lives of many in my family) and I decided that going to college was a bad deal.

After high school I joined my father in a small window washing business. We quickly took over a territory and kept out competitors with superior work ethic and genuine customer service. However, after the economic downturn we were whittled down to only a handful of repeat customers, and so I left to take on a two year drafting trade program. While taking classes (payed for by the state) I supplemented my schoolwork by studying the practices of the top architectural firms in the industry. They were using cutting edge software and computer programming to do in days what most firms were doing in weeks. I taught myself these methods and quickly rose to the top of my class. I put out a portfolio early and was hired for a position before I had finished the trade program.

Sadly the firm that hired me (and most the firms in my city) don't use this cutting edge method, but do things they way they were doing it in the 80's. However, the pressure in the industry to evolve is strong, the boss showed interest in changing how they do things. So I looked at it as an opportunity, and started holding workshops (in place of my lunch break) to teach the other designers this new method. I even worked long hours at home creating templates, and a library of assets. The boss loved it, and praised both the method and my efforts. However, he himself took a lot of 'fake action' in trying to incentivize and prepare the office for change. The designers weren't interested in having to learn new things, and feared the introduction of automation would threaten their jobs. I eventually gave up on the workshops and trying to sell the new way of doing things. Despite my enthusiasm and months of hard work it wasn't going anywhere. I've been forced to learn the obsolete way just to keep my job. Worst of all, because my skillset can't be utilized, I'm being payed a much lower wage than my counterparts. Next month is my two year anniversary.

When I was doing the window washing gig I was my own boss. It wasn't prestigious, but I was providing people with value and I had more freedom and control over my life than I do now. Thanks to that experience I knew that my end game had to be to own my own business. I decided a couple weeks ago that I was going to get rid of everything in my life that was sapping my income, build up a couple grand in savings, and then quit my job to strike out on my own.

This decision led me to M.J.'s books, I read them in a fervor over the course of a weekend. They were traumatizing just as much as they were enlightening. I'm going to reread them with a notepad in hand.

I don't know what I'm going to do as an entrepreneur, but whatever I end up doing It's not going to be from behind a desk at a 9-5.
Don't like ads? Remove them while supporting the forum: Subscribe to Fastlane Insiders.