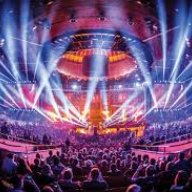 My name is Thomas, and I read the Millionaire Fastlane 5 years ago. The fires of entrepreneurship were lit that day. Unfortunately, my personal development was not were it needed to be as I was drinking everyday, not taking responsibility for my actions, and was around some awful people. Sometimes you have to learn life lessons through hard experiences to proceed forward.

I thought that smaller craft beer was so cool and that I was taking on big beer business made me feel like I was doing something right. I started out as a retail employee at a big chain alcohol store. I worked my way up to get a job at a brewery. The 80-100 hour sales weeks that I worked taught me a ton about sales and consumer behavior. Then I switched to a straight commission job at a smaller more boutique distributor as a sales and crushed it by leading a very big team in sales for years.

My "F*ck This" moment would happen shortly after. The company mismanaged inventory and had no idea what its customers wanted. I also felt that I was ripping off my customers every single day which is an awful feeling. Then I realized that all of this fancy alcohol was all the same AND WAS A COMMODITY and not a need. I was not helping people. The people I met in the industry were losers, and I became one of them.

I decided to make a change that day and quit drinking after 7 years of heavy alcohol abuse. For the next 8 months that I was at the job and actively handling/selling alcohol every day, I did not drink. Everyone in the industry laughed at me for not drinking and constantly pressured me to drink. AA was full of life long victims and not for me. I did not care. I took my time making active changes in my life while making money and educating myself. I had to change my entire friend group because my sobriety was not accepted. While everyone else was drunk I was searching everyday for a way out and getting "better" everyday.

Leaving the industry was an amazing feeling. I worked in real estate for 3 month period and did some wholesale deals, but did not have that feeling that I was creating value and helping people. I was still reading and learning everything I could. Eventually I came across the esports (competitive computer gaming) industry and met some cool people trying to change sports entertainment across the globe. Eventually, I started my own business and tried to find my opportunity. After a bunch of changes my last 2 months have been profitable and I have given a ton of value to my clients and helped people.

In one of life's weird twists I started reading Unscripted (almost finished) and was reminded of the Millionaire Fastlane again as well as this forum. I dusted off the book and looked through it again. I saw my notes and re-read a bunch of highlighted pages. Unconsciously, I had been following a bunch of practices from it. That's when the tears hit me hard. I was reminded of that drunk in the alcohol industry that lived in a tiny messy apartment, had social anxiety, was terrified, hated everything, but still wanted more from life. I'm now able to visualize myself telling that lonely person that life gets better if you work on it and that it is ok.

I still have a long way to go with many things to learn and will not stop now.
Don't like ads? Remove them while supporting the forum: Subscribe to Fastlane Insiders. 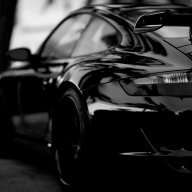 eSports is big big big. I played competitive CoD and still have friends (more like acquaintances at this point) that play competitively & are on the youtube scene.

I have just started a gaming community in my hometown. The 1st tournament is August 4th. Once that goes well, then we will run ladders and more tournaments with different games.

I was a competitive gamer growing up so I've always loved the idea of being involved in e-sports.

Good luck with everything, maybe we could even help each other out in the future someday. 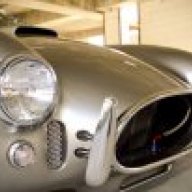 What are you doing in esports?
Don't like ads? Remove them while supporting the forum: Subscribe to Fastlane Insiders. 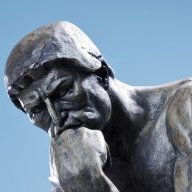 Great story. Keep at it. I'm also interested in learning what specifically are you doing with your business in eSports and also how profitable are you now? 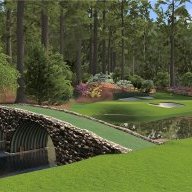 JAVB said:
Great story. Keep at it. I'm also interested in learning what specifically are you doing with your business in eSports and also how profitable are you now?

Sent from my Pixel 2 XL using Tapatalk
Click to expand...

I am curious as well. Are you sending out information to e-sports players as a fee-based subscription service? Something else? 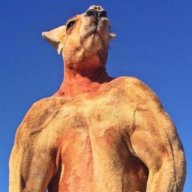 Welcome to the forum @better and thank you for sharing your story, I have friends in the alcohol industry and the constant need to drink/sample/socialise while drinking is a habit they can't snap out of.
It's a massive effort to even recognise, let alone break those bad habits, if you can sell booze for 8 months and withstand the constant pressure to break and have a drink you have the willpower to do anything!

Good luck with your journey in e-sports, like a lot of others its an industry I look forward to learning more about!
Don't like ads? Remove them while supporting the forum: Subscribe to Fastlane Insiders.
"At least DO SOMETHING! DO! Don't think, don't hope, DO! - John Kennedy Sr. (Hawthorn FC) RIP

I ask because I may have some connections for you. I grew up with the owners of some high profile pro-esports teams as well as the main company behind most of the new esports area build outs. One just sold his esports biz for for a huge amount. If you are ever in the Las Vegas area, let me know.

JAVB said:
Great story. Keep at it. I'm also interested in learning what specifically are you doing with your business in eSports and also how profitable are you now?

Sent from my Pixel 2 XL using Tapatalk
Click to expand...

Well the main problem in the industry is that almost all of the revenue for teams and big tournament organizers has to come from sponsorship or investment. There's no one talking about this/taking action other than the people that need the revenue. These people in the industry often have no idea how to get said sponsorship/revenue.

I work really hard at networking and using sales skills to bring these sponsors to the event or team. We're an agency. We also teach our clients basic business skills as well, and do a lot to help them achieve their esport dream in addition to all of this. It's finally becoming a bit more successful and we're ready to scale soon. Profit is not yet ridiculous as we haven't affected the lives of millions (YET!)

hughjasle said:
I ask because I may have some connections for you. I grew up with the owners of some high profile pro-esports teams as well as the main company behind most of the new esports area build outs. One just sold his esports biz for for a huge amount. If you are ever in the Las Vegas area, let me know.
Click to expand...

@hughjasle That would be fantastic and could be a game changer for me. I'm happy to do some small referral fees based on new business for my company or help you in any way I can.

I also saw that you are working on a SAAS product. I know a couple of top performing sales reps in that area that might be able to give you feedback from their perspective
Don't like ads? Remove them while supporting the forum: Subscribe to Fastlane Insiders.

better said:
There's no one talking about this/taking action other than the people that need the revenue.
Click to expand...

For example, Leet.gg was built as an online solution to place bets on games (namely 1v1). Lots of other channels out there like that now. Got to be creative and come up with new things. The guys behind leet (before it sold) went through a LOT. Getting regulation for online skill better and online gambling. It was a long hard road but it paid off handsomely.

@better PM me so we can link up.