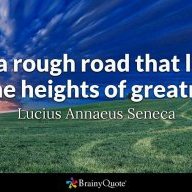 I'm a long-time lurker at the forum. I've come to the forum almost daily for years to get some inspiration and guidance on my fastlane journey. I read the Millionaire Fastlane back in 2012 when I was still at university and have read it multiple times. I never registered until now because I always worried that I would spend my time set aside for working on my business on the forum instead (serious previous time wasting issues with facebook and video games). But, apparently that has not made a difference since I have not made much progress at all on the business. I always seem to come up with excuses to not work on it early mornings or late nights or I think something else is more urgent and important (it isn't!).

Anyways, I've decided to finally register and post to be more accountable to myself and hopefully to stay motivated by posting progress in public and having such a great support group at the forum. My wife thinks my desire to build a business is unrealistic and so she would rather I spend the time with her and the kids (which are my #1 priority in life, so there's a bit of a time struggle there). She thinks there is too much risk involved, which she has always been taught that a stable job is the way to go in life. Lately she has been doing things she didn't think she could accomplish and do, which is great! So she's starting to see how great it is to always striving for bettering yourself. She's started working early mornings from home, which will get rid of my excuse for not working early mornings too! With her new work, we had to acquire a new computer, which also gets rid of another excuse from me (previous one was 10 years old and barely could do anything)! So that's two excuses down and more time to work on the business!