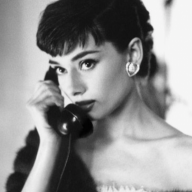 Hey Fastlaners! Hopefully this is the right place for this thread. If not, please move

So, of course i was playing with some ideas and i got stuck to some of the area "edutainment". In the Fastlane book DeMarco had a inspirational listing of themes, that might change peoples lives and are therefore some reference points. There also was "Educate the people", but I really think, it's not only about education, it absolutely has to be presented attention catching, interesting und entertaining. This is why i chose the word "edutainment".

Since I want to analyse this topic, how about starting with a role model? Today I want tell you what I've noticed in an edutainment + inventor success story. Who am I talking about? Yesterday I visited the exhibition "Body Worlds" of Gunther von Hagens. He invented plastination and made analyzing the human body available to EVERYBODY, not only students of medicine. I think, this is absolutely revolutionary and crazy, since his work educates the whole world in a topic, every human being is curious about: Our body, life and death.

Some points about the presentation and exhibition:
Some points about money
As mentioned, I don't think, von Hagens thinks about money primarily. This is also an advice of DeMarco, as we all know. But, let's take a look: a ticket costs about 15 €, and consulting wikipedia, already 44m people visited his exhibitions. This makes: 15 x 44m = 660m only with the presentations. He must have also licenses and patents of the plastination procedure etc...

So, in my opinion, he's a great man and he touched my life. I'm absolutely thankful of his work, and I think, it was even revolutionary in some way.

Do you know any edutainment success personalities? Did you notice some points I didn't mention? I'm looking forward to your answers

Have a wonderful day !
Don't like ads? Remove them while supporting the forum: Subscribe to Fastlane Insiders.
"The Secret of Success: Find out what people want; help them get it." (Harry Browne)